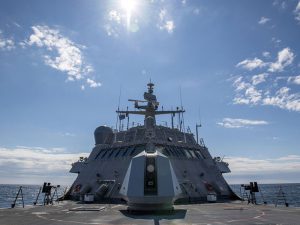 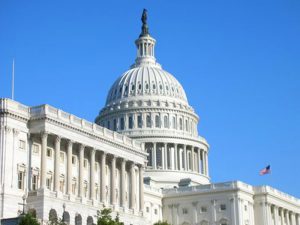 MAY 26, 2017 — The Trump Administration has reportedly done a U-turn on its decision to include just one Littoral Combat Ship (LCS) in the FY 2018 Navy shipbuilding budget. House Armed 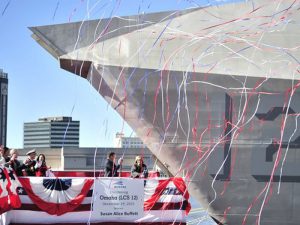 The GAO report, an unclassified version of a report published in July, was released as news surfaced that Secretary of Defense Ash Carter, in a Dec. 14 memo to Navy Secretary Ray Mabus, had told the Navy to reduce the planned LCS/FF shipyard procurement from 52 to 40 and to downselect to one variant by FY 2019 (see earlier story).

The GAO reiterates a number of arguments made by critics of the program. It says that the lethality and survivability of the Littoral Combat Ship (LCS) remain l largely unproven, six years after delivery of the lead ships.

According to GAO, LCS was designed with reduced requirements as compared to other surface combatants, and the Navy has since lowered several survivability and lethality requirements and removed several design features—making the ship both less survivable in its expected threat environments and less lethal than initially planned. The Navy is compensating for this by redefining how it plans to operate the ships.

In 2014, the Navy conducted its first operational test of an early increment of the surface warfare mission package on a Freedom variant LCS, demonstrating that LCS could meet an interim lethality requirement. The Navy declared LCS operationally effective. However, says the GAO, the Navy’s test report stated that the ship did not meet some key requirements.

Further, the Department of Defense’s Director of Operational Test and Evaluation has stated that there is insufficient data to provide statistical confidence that LCS can meet its lethality requirements in future testing or operations, and further testing is needed to demonstrate both variants can meet requirements in varied threat environments.

The Navy also has not yet demonstrated that LCS will achieve its survivability requirements, and does not plan to complete survivability assessments until 2018—after more than 24 ships are either in the fleet or under construction, says GAO.

The Navy has identified unknowns related to the use of aluminum and the hull of the Independence variant, and plans to conduct testing in these areas in 2015 and 2016. However, the Navy does not plan to fully determine how the Independence variant will react to an underwater explosion.This variant also sustained some damage in a trial in rough sea conditions, but the Navy is still assessing the cause and severity of the damage and GAO has not been provided with a copy of the test results.Results from air defense and cyber security testing also indicate concerns, but specific details are classified. 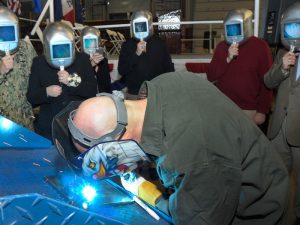 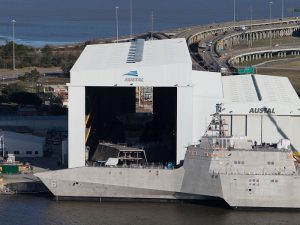 Third Austal LCS is a first in two ways

What’s reported to be “aggressive” corrosion has been found in USS Independence (LCS-2), the first Austal-built littoral combat ship. According to a Bloomberg News report, the corrosion is in the propulsion areas