The U.S. Coast Guard is continuing its mission to reduce the operation of unlicensed and illegal charter boats in the San Francisco Bay Area. Coast Guard units have recently boarded more than 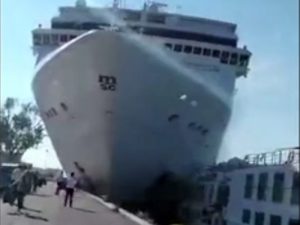 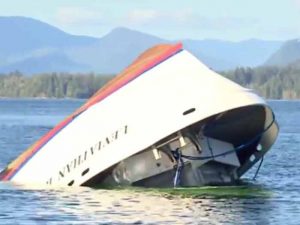 Five lives were lost in the incident in which the vessel, the Leviathan II, operated by Jamie’s Whaling Station, capsized. One person is still missing.

Prelimary information released yesterday by the Transportation Safety Board of Canada (TSB) said that most of the passengers and crew were on the top deck on the port side of the vessel when the incident occurred. This would have raised the center of gravity, affecting the vessel stability.

The sea conditions were such that a wave approached the vessel from the starboard quarter. The vessel broached (tilted up and rolled) and then capsized.

One life raft deployed and was activated. At least two hand flares and one parachute rocket were fired.

Since arriving on scene, the TSB team has met with the Royal Canadian Mounted Police to review the information collected during, and immediately after, the rescue operation. It has also conducted interviews with the crew and some of the survivors to confirm certain facts during the time of the capsizing; and coordinated efforts to salvage the vessel so that the team can access it and start the physical examination.

The vessel operator posted a statement on its web site October 26 saying it would be working closely with the Transportation Safety Board to determine exactly what has happened and to assist with the investigation in any way it could.

“To the best of our knowledge there was no distress call,” wrote the company’s Director of Operations, Corene Inouye. “From what we know at this stage it appears that the incident happened so quickly, the crew didn’t have an opportunity to send out a mayday.

“We have learnt that the crew was able to access emergency flares that are a part of the safety equipment on board the boat, and deployed them from the water. Local Ahousaht First Nations fishermen were the first to see this, and rushed to the scene to come to the assistance of our passengers and crew.

“As soon as the radio reports of an incident came in we immediately sent out all available vessels to assist in search and rescue efforts and liaised with RCMP, the Coast Guard as well as our local hospital and rescue volunteers.

“We can tell you that the skipper of the MV Leviathan II has over 20 years whale watching experience in these waters – 18 years with our company. The other two crew have five years and three years of experience. All are licensed by Transport Canada and go through rigorous training as well as bi-weekly safety drills and exercises.” 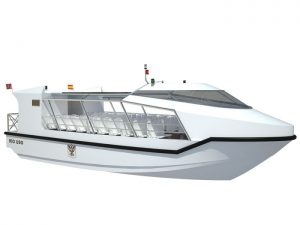 SEPTEMBER 30, 2014 — Spanish shipbuilder Astilleros Gondan has won an order to build a 60 passenger tourist vessel that will operate on the waters of the Azután reservoir near Toledo. With