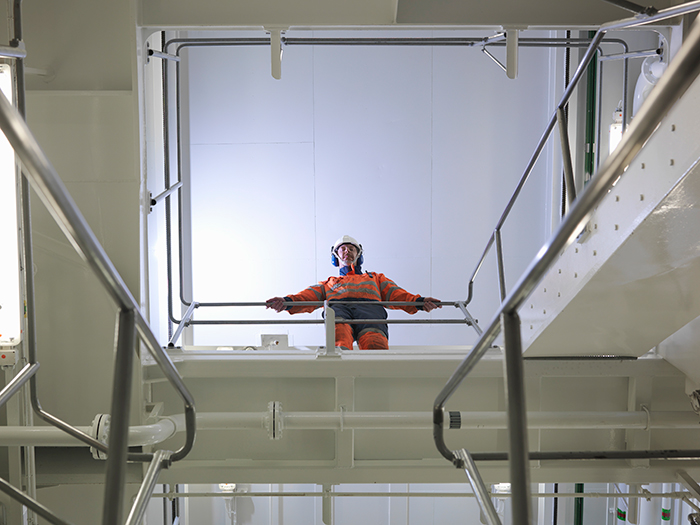 Chevron Marine Lubricants has published a new white paper on its experiences working with new fuels and lubricants after over half a year of low-sulfur fuel operations following the implementation of IMO 2020 limits.

Called “Taking the Temperature of the 2020 fuel sulfur switch,” the white paper includes findings based on work with ship operators worldwide to manage the transition from traditional high-sulfur fuel oil (HSFO) to very low-sulfur fuel oil (VLSFO)—the most widely used means of complying with IMO’s 2020 regulation.

The paper also explores what these experiences mean for shipping as it prepares for even greater changes in the future, as decarbonization and other sustainability targets further influence fuel choices.

“Chevron’s observations show that most ship operators managed the transition very well,” says Ian Thurloway, Brand, Marketing and Business Development Manager for Chevron Marine Lubricants. “Fuel quality has been less variable than expected and accurate recommendations on cylinder lubrication helped prevent the worst fears from being realized. But there have been engine condition concerns and rigorous monitoring remains a fundamental of any fuel change—particularly faced with a whole new range of clean fuels to choose from.”

Chevron notes in the whitepaper that VLSFO in general has a higher energy content than HSFO, offering good value for users. But its rapid ignition has caused problems for some older engines. Meanwhile the practice of flushing high-sulfur residues from tanks ahead of the regulation’s entry into force also contributed to an increase in cylinder condition challenges early in the year.

The lower sulfur content in marine fuel also reduces the safety margin between normal piston running, with a limited but manageable level of corrosion, and damaging abrasive or adhesive wear. To detect these conditions before they lead to irreversible engine damage Chevron recommends that operators employ a robust onboard drip oil monitoring program, supported by frequent onshore laboratory analysis. Chevron’s own DOT.FAST service now includes a separate indicator for abrasive/adhesive wear in its onshore laboratory analyses.

“Ship operators can use the DOT.FAST onboard kit to check if total iron in the drip oil rises,” says Luc Verbeeke, Senior Engineer, Chevron Marine Lubricants. “The deeper laboratory analysis then identifies if the drip oil contains greater levels of magnetic iron particles. This would indicate abrasive/adhesive wear, meaning that operators should adjust either the base number or the feed rate of their cylinder lubricant.”

The white paper can be downloaded HERE.