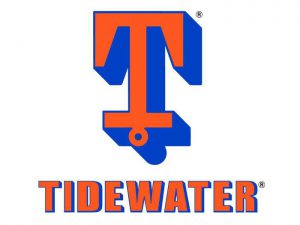 NOVEMBER 15, 2018 — Offshore services giant Tidewater Inc. (NYSE: TDW) today announced the successful completion of its merger with GulfMark Offshore, Inc., after the relevant proposals were approved by over 99% 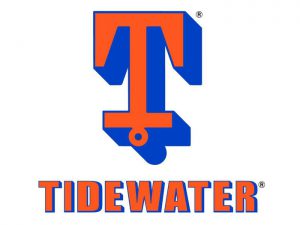 MAY 18, 2017 — Offshore services giant Tidewater Inc. (NYSE: TDW) reported yesterday that it and certain of its subsidiaries have now filed voluntary petitions under chapter 11 of title 11 of 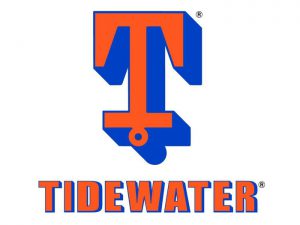 Included in the net loss for the quarter ended September 30, 2015 were:

Income tax expense in the September and June quarters of fiscal 2016 largely reflect tax liabilities in certain jurisdictions that levy taxes on bases other than pre-tax profitability (so called “deemed profit” regimes.)

Included in the net loss for the quarter ended June 30, 2015 were the following:

Tidewater reported an operating loss per share of $0.28, versus Cowan’s estimate and a consensus loss of $0.02/sh.
“However, much of the loss compared to our estimate was tax driven; operating income of $15.5 million compared to our $15 million estimate, and adjusted EBITDA of $62 million was above our $60 million estimate,” says the Cowan analyst.

Tidewater’s loss from continuing operations of $0.28 compared with Cowan’s and a consensus loss of $0.02/sh. Results exclude a $0.67/sh non-cash impairment charge, a $0.13/sh restructuring charge, $0.11/sh in FX losses and a $0.13/sh loss on asset dispositions. Higher-than-expected taxes negatively affected the quarter by $0.28/sh compared to estimate, meaning the company would have broken even at our Cowan’s tax rate expectation.

The company exceeded  Cowan’s estimates on an operating basis, with operating income of $15.5 million coming in ahead of the $15 million estimate. Better-than-expected results were driven by lower operating costs and G&A expense than forecast, more than offsetting the top-line miss.

Total revenues of $272 million were short of Cowan’s $287mm estimate, while vessel revenues of $264 million were behind Cowan’s $278 milion forecast and below the average $275 million in revenues expected on the F1Q16 conference call. The relative underperformance was driven by weakness in the Americas region, partially offset by higher-than expected results in the Asia/Pacific and Sub-Saharan Africa/Europe regions.

Vessel operating costs of $159 million were below Cowan’s $170 million forecast. Repair and maintenance costs fell sequentially as expected from $37.3 million in F1Q16 to $28.5 million (versus Cowan’s expectation of $34.7million).

Crew costs of $84 million were below Cowan’s  $86 million forecast, although this was partially offset by higher fuel costs of $17 million. Vessel cash operating margin of 40% exceeded Cowan’s 39% estimate and fell within the guidance range of 36-40%. G&A expense of $37 million was well below our $43 millionexpectation, offset by higher-than-forecast DD&A expense of $46 million (vs our $45 mm estimate).