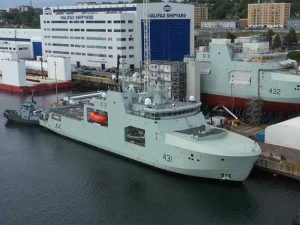 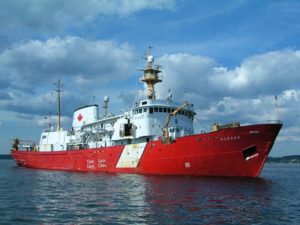 The Canadian Coast Guard offshore oceanographic science vessel CCGS Hudson, is back in service following the completion of vessel life extension work at the NEWDOCK shipyard in St. John’s, Newfoundland and Labrador. 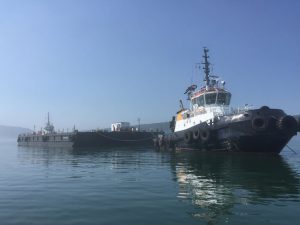 Cape Sharp Tidal is a joint venture between Emera Inc. and OpenHydro, a DCNS company, which aims to deploying a fully grid connected 4MW tidal array in the Bay of Fundy in 2015. The project has the potential to be one of the world’s first multi-megawatt arrays of interconnected tidal turbines, initially providing energy to over 1,000 customers in Nova Scotia. Longer term, the project is looking towards delivering 300 MW of tidal turbine generated power to Nova Scotia in the next decade.

“We’re pleased to be working with the skilled crew of Atlantic Towing on the marine operations for Cape Sharp Tidal,” said James Ives, OpenHydro’s Chief Executive. “The company shares our commitment to safety and offers real-life experience in the Bay of Fundy that will help us achieve this ground-breaking project.”

“We have safely operated in challenging sea conditions like the strong Bay of Fundy currents and tides for more than 50 years,” said Gilles Gagnon, Atlantic Towing Vice President and General Manager. “Working on the Cape Sharp Tidal project is a perfect fit for our local team’s expertise and capability.”