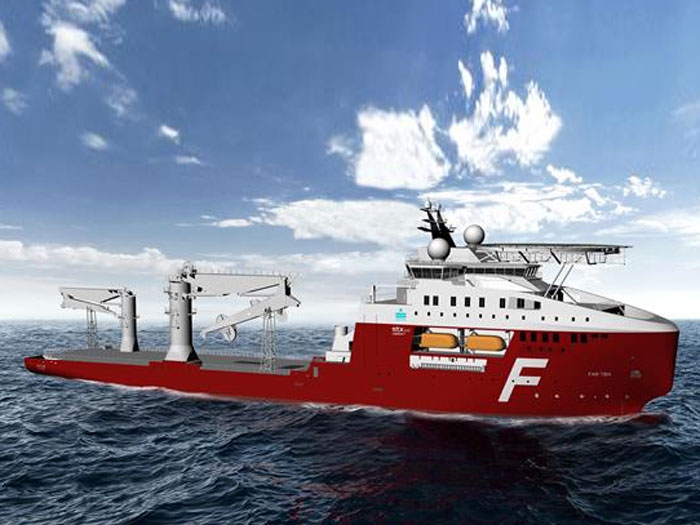 FEBRUARY 24, 2015 — Norway’s Farstad Shipping ASA has signed a Letter of Intent with Technip for utilization of the Vard 3 07 design subsea vessel Far tbn Sleipner which is under construction at Vard’s Langsten shipyard.

The agreement secures the subsea vessel a utilization of 11 months, divided into two fixed periods. Including mobilization and demobilization, Technip may use the vessel for up to 16 months.

Delivery of the vessel from the shipbuilder is expected to take place in March/April 2015, and preparations for the contract will then start immediately.

Farstad says the contract is based on market terms and that the commercial terms of the agreement with Technip will be kept private and confidential between the parties.

The vessel is designed for subsea and IMR operations (Inspection, Maintenance and Repair) and has a total length of 143 meters, beam of 25 meters and a deck area of more than 1,800 sq.m. It is equipped with two offshore cranes, of which the larger one has a lifting capacity of 250 tons.
The vessel is arranged for three ROV (Remote Operating Vehicles) and has accommodations for 130 persons.