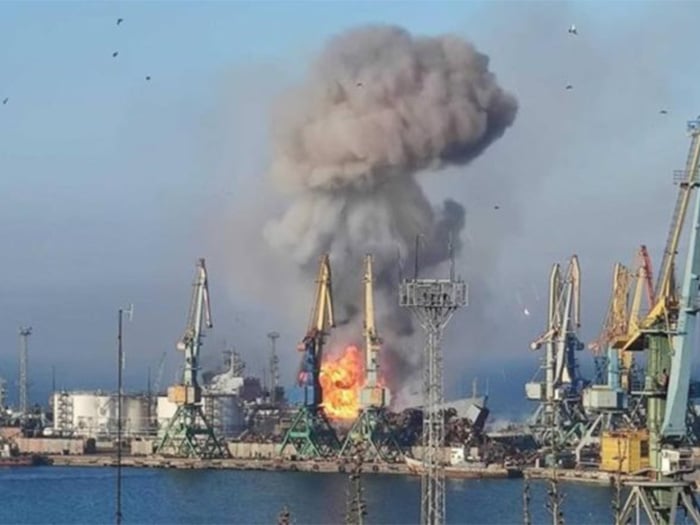 This morning, the General Staff of the Ukraine and other Ukrainian sources showed imagery of the ship going up in flames.

Some reports suggest that the Alligator class destroyed was the Orsk‘s sister ship Saratov.

Videos on line showed other Russian ships trying to get out of the port. There are conflicting reports of the damage sustained by those ships, which have been identified as the smaller Repucha class landings ships LST Tsesar Kunikov and Novocherkassk.

There are emerging reports that other Russian vessels may have sustained damage.

Following the earlier news that Ukraine had eliminated the Deputy Commander of the Russian Black Sea fleet, it is likely that Russian Navy morale will be low. Whether that lessens its ability to maintain an effective blockade of Ukrainian ports remains to be seen.