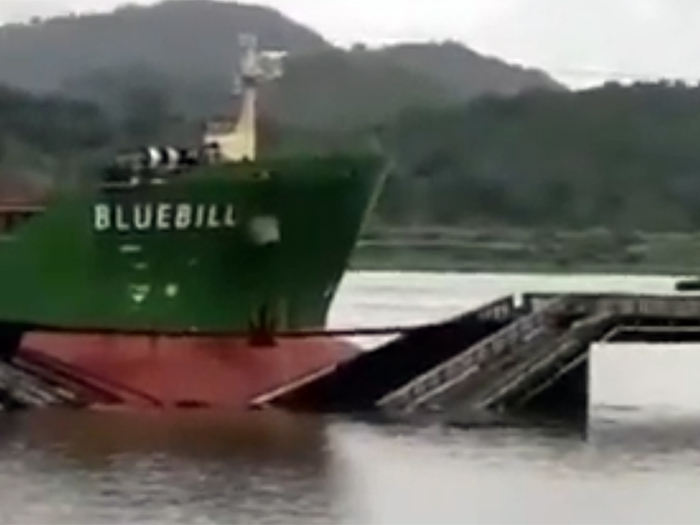 The Panama Canal Authority is investigating an incident yesterday in which the 37,332 dwt bulker Bluebill slammed into a span of the Chagres river railway bridge. The 2004-built Cyprus-flagged vessel, which is operated by Athens-headquartered Navarone SA, is understood to have been in ballast and transiting the Canal from the Pacific to the Atlantic when the accident occurred.

It is unclear how much damage the bulker incurred, the bridge was severely damaged.

Although the incident has not affected Canal transits, train movements on the Panama Canal Railway may be halted for up to 16 days, according to local media reports.

The vessel’s P&I insurer, according to the Equasis data base, is the UK P&I Club.