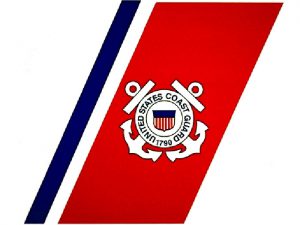 The Coast Guard’s Marine Safety Center has informed four manufacturers of ballast water management systems (BWMS) that are based on ultraviolet technology that the Most Probable Number (MPN) test method is not considered an equivalent alternative to the test method prescribed in the Coast Guard regulations on type approval of ballast water systems.

A Coast Guard review has concluded that the MPN test method does not measure the efficacy of the BWMS to the performance standard required by the regulations.

The regulations specifically require ballast water treatment systems to be evaluated based on their ability to kill certain organisms. Since the MPN method assesses the viability of an organism to colonize after treatment, it measures to a different standard than that required by the regulations.

In the Preamble to the Final Rule which implemented the ballast water discharge standard and the procedures for BWMS type-approval, the distinction between live/dead and viable/unviable was evaluated, explicitly discussed and the decision was made to use live/dead as the standard for evaluating the performance of BWMS. Since the MPN method does not measure performance to this standard, it is not an equivalent evaluation or test under the provisions of the regulations.

The Coast Guard says it is aware of other ultraviolet BWMS that are undergoing evaluation using the prescribed tests. As such, the tests required by the regulations and the Environmental Protection Agency’s Environmental Technology Verification, or ETV, Protocol are applicable and practicable for the evaluation of all systems.

As with all decisions made under the authority of Title 46 of the Code of Federal Regulations, this Marine Safety Center ruling is subject to appeal by the manufacturers. The Coast Guard will continue to evaluate this method through the ETV Technical Panel.