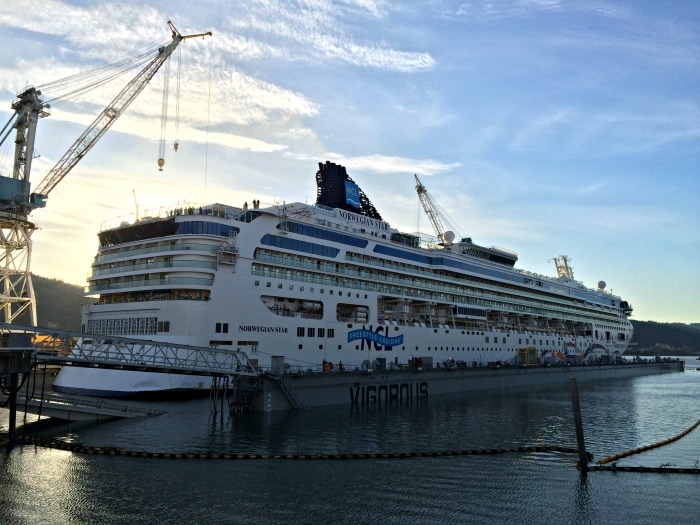 MARCH 4, 2015—It’s been a historic 24 hours for Vigor Industrial. As we reported yesterday, the Portland, OR-headquartered shipbuilding and fabrication firm announced that it had struck a merger deal under which Kvichak Marine Industries, Seattle, WA, would become a wholly owned subsidiary of Vigor.

On the same day, it welcomed NCL’s 2,300-passenger Norwegian Star, the first cruise ship to be lifted on its new 80,000-ton dry dock Vigorous. As we reported in the February 2015 issue of Marine Log, the Norwegian Star will undergo inspection and work on the ship’s Azipod propulsion and steering system,  bow thruster, fin stabilizer, lifeboats and davit system, tank cleaning, water blasting and underwater coating.