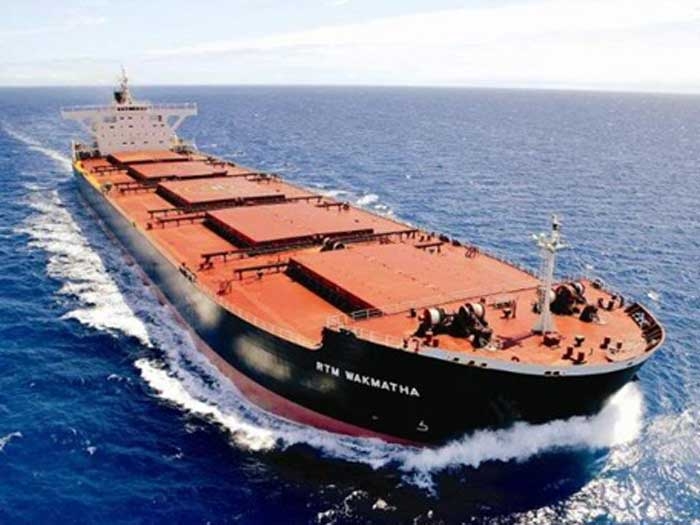 AUGUST 19, 2015 — The global dry bulk freight market, crippled by oversupply but seeing signs of renewed activity, is expected to take at least a year to hit the road to recovery, according to a new Platts survey.

This inaugural Platts Dry Bulk Market Survey was conducted in July and involved more than 100 dry bulk market participants, with respondents including shipowners, ship-operators, charterers, shipbrokers and analysts. Those polled represented all dry bulk segments across the Capesize, Panamax, Supramax and Handysize markets.

Some 89% of respondents felt the dry bulk freight market will need a minimum of one year to recover, while 54% of the industry players questioned were not expecting any positive changes for at least three more years.

“Despite some signs of life in dry freight rates over the past few weeks, the results of our survey indicated that most market players do not believe in a sustained upturn any time soon,” said Peter Norfolk, Platts editorial director for global shipping & freight. “While demand-side developments, particularly in China, remain of key importance to this sector, the overriding concern remains the oversupply of vessels.”

Shipowners were more pessimistic than charterers. While 73% of shipowners said the market would need 3-5 years to recover, 41% of charterers felt the turnaround would happen in less than two years. However, both camps were unanimous that freight rates will not be shooting up within the next 12 months.

Platts says that shipping professionals continue to see tonnage oversupply as the main reason for the current depressed state of the dry bulk freight market, with more than half of those polled citing this as the key issue hampering the sector. Despite reasonable growth in demand across the key commodities, it remains outstripped by the availability of dry bulk vessels around the globe.

With the oversupply of tonnage being identified as the main factor behind the bearish dry bulk market, it comes as little surprise that tonnage recycling was seen by respondents as the primary driver for its recovery.  As many as 39% of respondents placed their hopes on scrapping.

As to differences across the vessel classes, some 41% of respondents believed that all of the dry bulk market segments are contributing to its overall failing health. Though if there was a spider in the web, it would probably be identified as the Capesize market, 33% of respondents said.

Eco-ships have been considered the darlings of the dry bulk market for a while now. However, as survey results showed, not everyone shared the opinion that eco-vessels have any noteworthy influence on the general state of affairs.

The benefits accruing from eco-efficient vessels on freight rates seem to be marginal with 43% of respondents saying these ships have no significant impact at the moment. This in part can be attributed to the currently low bunker prices that limit the fuel savings that modern tonnage gives. On the other hand, 54% of respondents felt that lower bunker prices are beneficial to both charterers and shipowners.