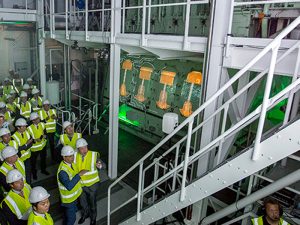 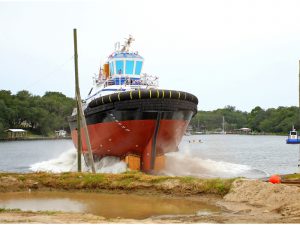 Designed by Robert Allan Ltd., Vancouver, BC, Canada, the Triton is the result of the successful operation of the first two Z-Tech 2400 tugs, Chloe K and Zeus, which were built for G & H Towing. The Triton also incorporates the lessons learned during 5 years of operation of eight previously built larger Z-Tech 7500 class tugs, starting with Thor in 2007. Those tugs are all operate by G&H Towing. The Triton is expected to be delivered before the end of 2015.

The Triton has an overall length of 80 feet, beam of 38 feet 3 in., depth of 15 feet 9 in., and operating draft of 16 feet 10 in. The propulsion power for the tug is supplied by two Caterpillar 3516C Tier 3-compliant diesel engines, each rated at 2,575 hp at 1,600 rev/min. The Triton has two Schottel SRP 1215 fixed pitch Z-drives for propulsion, with an expected bollard pull of 66 tonnes. Other equipment includes a Markey Machinery Fairleader 50-hp electric hawser winch. The tug is classed ABS +A1, Towing Vessel, AMS and Escort Service ABS Loadline (SoC), Statement of Compliance. 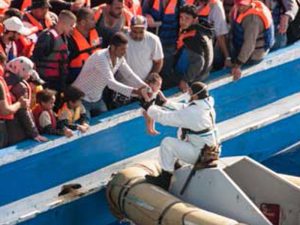 MARCH 3, 2015 — The humanitarian crisis in the Mediterranean Sea is spiralling out of control. EU Member States must act urgently to prevent the loss of thousands more lives, as hundreds