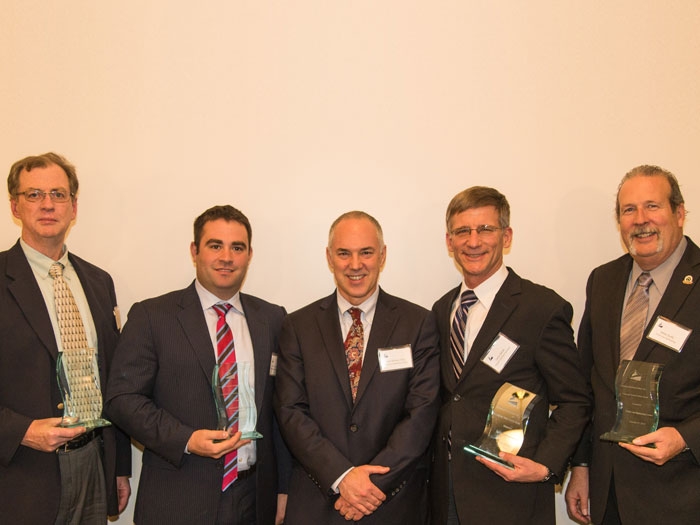 AMS is a non-profit maritime trade association that facilitates the maritime industry’s compliance with international shipping protocols and U.S. Coast Guard regulations. The AMS consortium includes more than 400 vessel owners and operators and is the leading maritime industry association specializing in regulatory compliance in the United States.

In addition to the awards ceremony, highlights from the meeting included presentations by Dr. Ben Gerson of University Services on worldwide trends in drug use and the fluctuations in the popularity of illicit drugs.

Bill Schaefer, Victim Services Unit Manager for the NYS Division of Criminal Justice Services, provided guidance to meeting attendees on how to effectively respond to reports of sexual assault.

Lee Seham, President of AMS, discussed recent case law developments in the maritime industry and Kim Xavier of Seham, Seham, Meltz & Petersen, LLC, spoke regarding I-9 compliance in the workplace.

Chief Jayson Rodriguez of SUNY Maritime College, spoke about the college’s programs and plans for the training vessel, The Empire State.