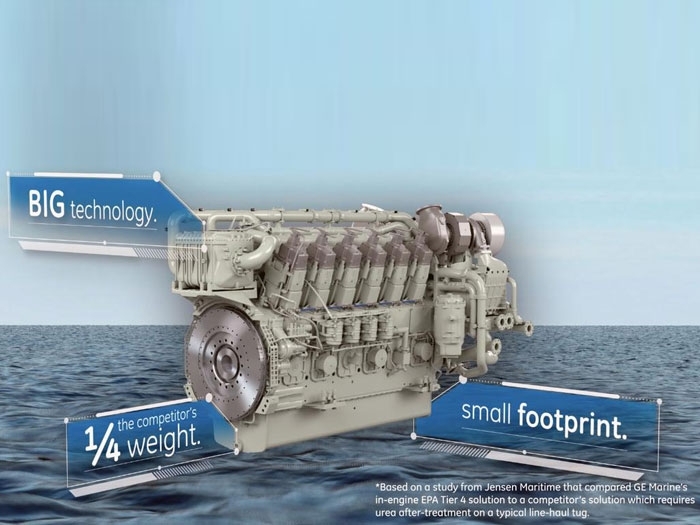 GE met the emissions requirements through non-Selective Catalytic Reduction (SCR) technology that requires no urea-based after-treatment. It is also working towards U.S. EPA Tier 4 and IMO Tier III Certification for additional models and families of its marine engines utilizing the same non-SCR technology.

A study conducted by Jensen Maritime, a leading naval engineering and architectural firm, was commissioned by GE to compare its U.S. EPA Tier 4 and International Maritime Organization Tier III compliant in-engine, urea-free solution to a competitor’s solution that requires urea based after-treatment. It concluded that, for operation on a typical line-haul tug, GE’s solution:

GE Marine is working to achieve U.S. EPA Tier 4 and IMO Tier III certification for its 16-cylinder V250 and 6- and 8-cylinder L250 marine diesel engine models that also utilize non-SCR technology to reduce key emissions by more than 70% without the use of urea based after-treatment.