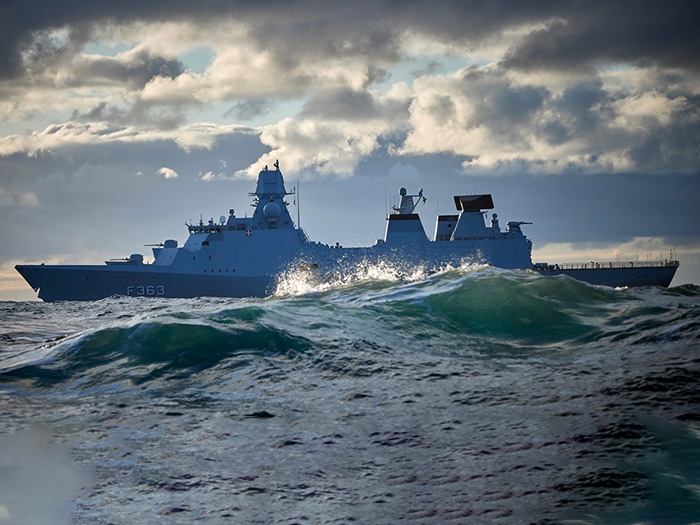 Russia’s invasion of Ukraine continues to have repercussions in the Baltic. Already, Finland and Sweden have sought to join NATO. Now, long-time NATO member Denmark is planning to invest up to DKK 40 billion (about $5.4 billion) in naval shipbuilding and new warships.

“With Russia’s attack on Ukraine and the new European security situation, it is more important than ever that Denmark is able to defend itself. Here, security of supply plays a decisive role. It is crucial that the armed forces can obtain the material which is absolutely central to ensuring a strong Danish defense. This applies not least at sea, where Denmark is one of the world’s largest maritime nations,” said Defense Minister Morten Bødskov last week as he announced a new national partnership, charged with coming up with recommendations on how Danish industry can respond to the need.

“Within the next few years, the defense forces will have to replace a large number of ships. This means purchases in the region of DKK 40 billion. The new partnership will make recommendations so that the Danish maritime defense industry can share in these investments. For the benefit of the Danish defense industry, Danish jobs and not least for Denmark’s security,” said Bødkov.

The Minister of Defense has appointed Anne H. Steffensen, managing director of the Danish Shipowners Association (Danske Rederier) as chairman of the partnership.

“We are a large maritime nation with a strong maritime industry both by virtue of our civilian merchant fleet and our navy, which have always had a close interaction,” said Steffensen. “In the coming years, we must strengthen the navy, as a crucial part of Denmark’s defense. A close public-private partnership is the right way to go. In Denmark, we have many competencies that can and must be used when new ships are to be developed and built. As chairman of the new partnership, I look forward to making recommendations on how we can best and on reasonable terms support the needs of the Armed Forces in the maritime area.”

Two of the objectives of the partnership make it clear that beefing up Denmark’s naval shipbuilding capabilities and capacity will be a key part of the strategy.

According to the Ministry of Defense:

Identifying the physical shipyard space needed for naval shipbuilding will be one of the challenges facing the partnership. The most recent additions to the Royal Danish Navy, its three Iver Huitfeldt-class frigates, were constructed in blocks in Estonia and Lithuania. These blocks were then towed to the Maersk Group’s Odense Steel Shipyard (OSS) where they were assembled. Following the delivery of the last of the trio in 2012, the shipyard was closed and became an industrial park dedicated to the offshore renewables sector.

That industrial park is not all that’s left of the shipyard. Consultancy OMT (Odense Marine Technology) was spun off in 2010 to take the OSS technology expertise and experience and evolve into a leading international maritime consultancy. It is part of the team selected by the U.K. Ministry of Defense to develop the Type 31 general purpose frigate, which just happens to be based on the Iver Huitfeldt-class.