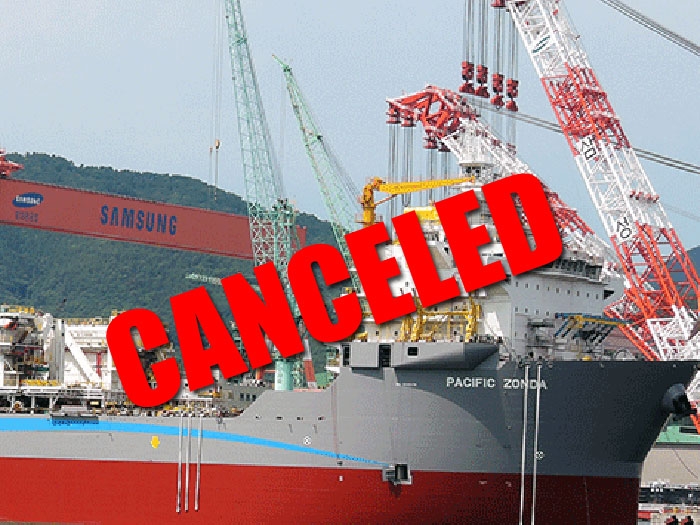 Pacific Drilling S.A. (NYSE:PACD) reports that it has exercised its right to rescind the construction contract for ultra-deepwater drillship Pacific Zonda "due to the failure by Samsung Heavy Industries (SHI) to timely deliver a vessel that substantially meets the criteria required for completion of the vessel in accordance with the construction contract and its specifications."

Pacific Drilling says it made advance payments totaling approximately $181.1 million under the shipbuilding contract, and will be seeking a refund of the installment payments.

The cancelation comes after the October 27 news that Fred Olsen Energy had canceled an semisubmersible drilling rig order at Hyundai Heavy Industries and the October 26 announcement that Transocean, Shell ans Daewoo Shipbuilding & Marine Engineering Co. (DSME) had agreed to push back the operating and delivery contracts of two newbuild ultra-deepwater drillships - the Deepwater Pontus and the Deepwater Poseidon - by 12 months each.

OCTOBER 29, 2015 — Another South Korean shipbuilding giant has been hit with the cancelation of an offshore drilling unit order.