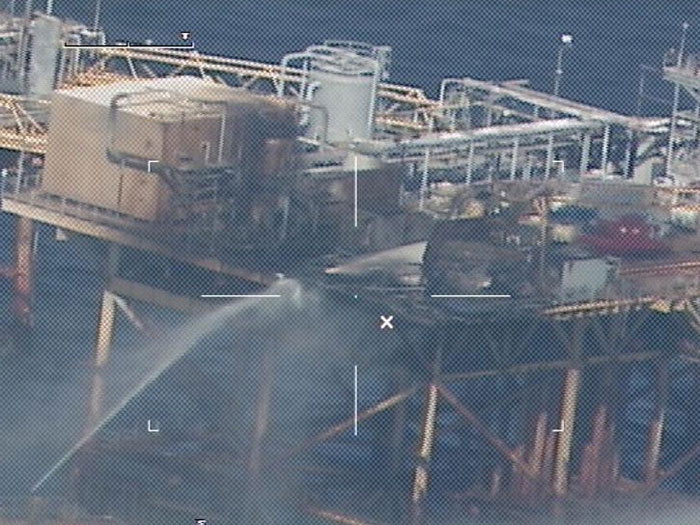 The Outer Continental Shelf Lands Act and federal regulations govern welding and activities that generate heat or sparks, known as "hot work," on oil production platforms in U.S. waters. Because this work can be hazardous and cause explosions, regulations mandate specific precautions that must be taken before the work can commence. For instance, before hot work can be performed, pipes and tanks that had contained hydrocarbons must be isolated from the work or purged of hydrocarbons. Gas detectors and devices used to prevent gas from traveling through pipes must be used. According to the Indictment, these safety precautions were not followed and an explosion causing the deaths of three men and a spill resulted

"Workers lives can depend on their employer's faithfulness to the law, not least of all those working in oil and gas production where safety must be a paramount concern," said Assistant Attorney General John C. Cruden for the Justice Department's Environment and natural Resources Division. "The Justice Department is committed to enforcing the nation's bedrock environmental laws that protect the environment, and the health and safety of all Americans."

"The energy sector represents a vital industry in this region, but its work must be performed responsibly," state U.S. Attorney Kenneth Polite for the Eastern District of Louisiana. "Today's indictment underscores that we will hold accountable all parties – both businesses and individuals – whose criminality jeopardizes our environment or risks the loss of life."
"Developing domestic sources of energy must be done responsibly and safely," said Assistant Special Agent in Charge Dan Pflaster of EPA's Criminal Enforcement Program in Louisiana. "EPA will continue to work with its law enforcement partners to hold companies fully accountable for illegal conduct and to assure compliance with laws that protect the public and the delicate Gulf Coast ecosystem from harm."

The Department of Justice notes that "an indictment is only an allegation of wrongdoing and the defendants are presumed innocent unless proven guilty at trial."

The case was investigated by the U.S. Department of Interior Office of Inspector General and EPA's Criminal Investigations Division. The case is being prosecuted by Emily Greenfield of the U.S. Attorney's Office for the Eastern District of Louisiana and by Kenneth E. Nelson of the Environmental Crimes Section of the Department of Justice.

NOVEMBER 19, 2015 — Black Elk Energy Offshore Operations LLC, Grand Isle Shipyards Inc., Wood Group PSN Inc., as well as Don Moss, 46, of Groves, Texas, Curtis Dantin, 50, of Cut-Off, Louisiana, and Christopher Srubar, 40, of Destrehan, Louisiana, have been charged with crimes for a November 2012 explosion on an offshore oil production platform that resulted in the death of three workers, the injury of others and an oil spill, according to the Department of Justice’s Environment and Natural Resources Division and the U.S. Attorney’s Office for the Eastern District of Louisiana.