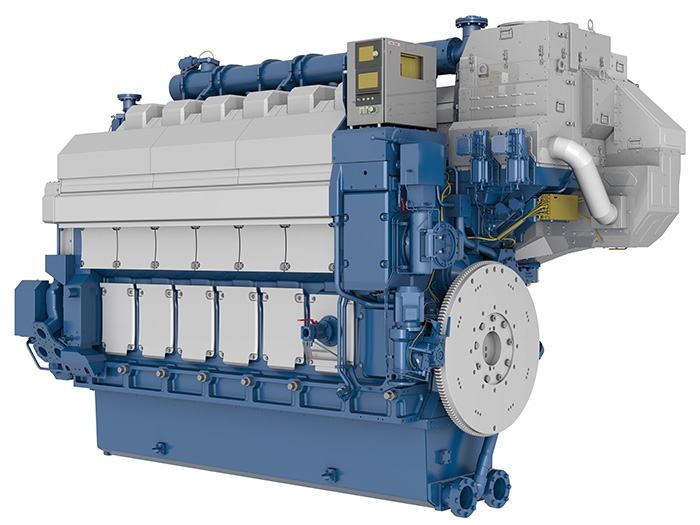 OCTOBER 18, 2017 — Four new 174 cu.m LNG carrier vessels being built at the Hudong Zhonghua shipyard in China will each be fitted with four Wärtsilä 34DF dual-fuel generating sets running primarily on LNG fuel to provide the ships with auxiliary power. Their total power output will be 56 MW.

Among the reasons given for the Wärtsilä 34DF engine being chosen for these ships were its proven reliability, efficiency, and economic fuel consumption. Delivery of the engines to the shipyard will commence in the second half of 2018. The vessels are scheduled to be delivered commencing in 2019.

The order for the sixteen engines was booked by Wärtsilä through its joint venture company CSSC Wärtsilä Engine (Shanghai) Co (CWEC).

“This valuable order once again emphasises Wärtsilä’s leading position in gas and dual-fuel engine technology,” says Lars Anderson, Vice President, Engine Sales, Wärtsilä Marine Solutions. “We are pleased to be working on this project with the Hudong Zhonghua shipyard, a company with whom we have enjoyed a good relationship for some years. The order also confirms our growing presence in China and our ability to serve the Chinese market.

Wärtsilä says that its continuing positive order trend from LNG carrier owners is the result of its advanced technologies, especially in gas and dual-fuel engine applications, with its extensive global service network, also often cited as a major factor in the purchasing decision.

The Wärtsilä 34DF engine features advanced dual-fuel technology, and is known for its efficiency. It is used for both main engine and generating set applications. The Wärtsilä 34DF is manufactured in configurations from 6L to 16V, giving 500 kW per cylinder and a total maximum mechanical output of 8000 kW. The engine speed is 720 / 750 rpm.

Based on the well proven and reliable Wärtsilä 32 diesel engine introduced in the mid-1990s, the engine’s fuel flexibility means that it can be optimized for constant speed generating sets, as well as for variable speed mechanical drives in main engine applications.