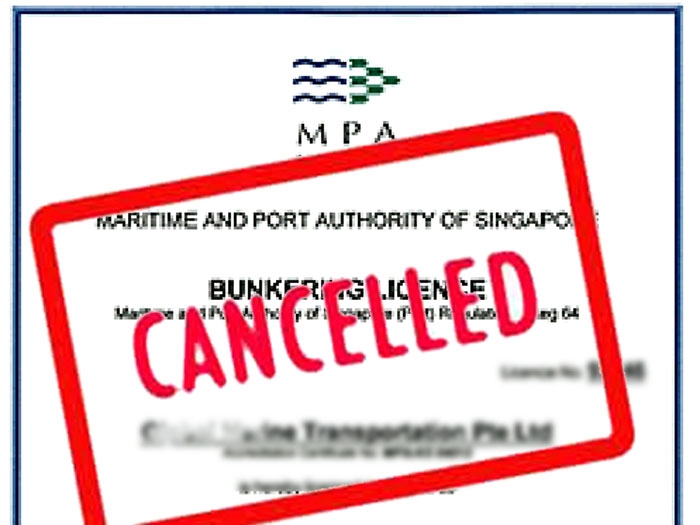 FEBRUARY 13, 2015 —The Maritime and Port Authority of Singapore (MPA) says it  has revoked the bunker supplier and bunker craft operator licenses of Hong Fatt Oil Trading Pte Ltd and Tankoil Marine Services Pte Ltd with effect from February 9, 2015. The two companies are no longer allowed to operate as bunker suppliers and bunker craft operators in the Port of Singapore.

MPA says that its separate investigations into the two companies revealed discrepancies and wrongful declarations in the records kept on board their bunker tankers. There were also incidences of transfers of bunkers between bunker tankers that were done without MPA’s approval. MPA has therefore decided to revoke the companies’ licenses as they had breached the terms and conditions of their bunker supplier and bunker craft operator licenses.