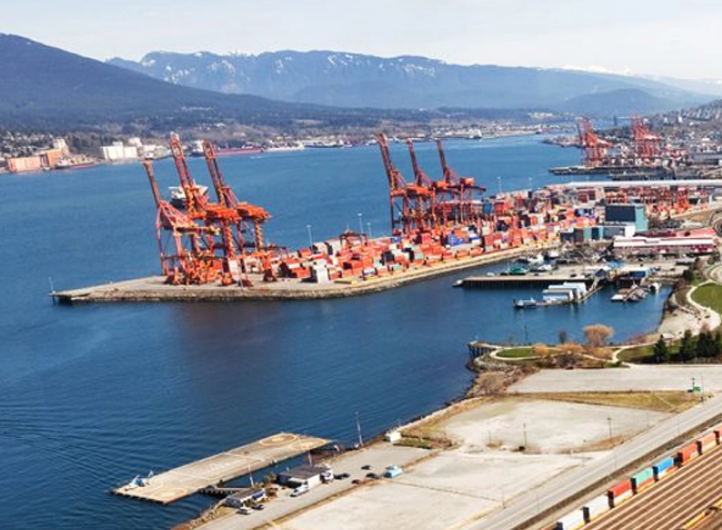 The Vancouver Fraser Port Authority has reported that cargo moving through the Port of Vancouver increased 1% in 2020 to 145.5 million metric tonnes (MMT) vs. 2019.

Canadian Minister of Environment and Climate Change Jonathan Wilkinson gave the go-ahead to the proposed port expansion in a March 1 Environmental Assessment Decision Statement issued to MPA. It follows a five-year environmental analysis by the Impact Assessment Agency of Canada.

MPA welcomed the decision. But before taking the next step of obtaining permits, it must agree to comply with 330 legally binding conditions that the decision sets out. They include measures to protect human health, fish and fish habitat, migratory birds, wetlands, First Nations use of land and resources, natural and cultural heritage, and species at risk.

With support from Canada Infrastructure Bank and private partners, MPA’s intention has been to start operations by 2024. It estimates that the project would create approximately 5,000 jobs during the construction phase and just over 1,000 direct jobs during the operations phase.

“This favorable decision opens the way to building a new container terminal, a key public utility for the development of Quebec and Canada,” MPA President and CEO Martin Imbleau said. “Local businesses will be able to make the most of a future infrastructure with great economic benefits, with a minimal impact on human, aquatic and terrestrial ecosystems.”

The Vancouver Fraser Port Authority has reported that cargo moving through the Port of Vancouver increased 1% in 2020 to 145.5 million metric tonnes (MMT) vs. 2019. For the fifth consecutive year, global demand for Canadian grain resulted in a new annual record of 35.1 MMT of grain shipped both in bulk ships and containers, a 24% increase compared with the previous year, according to the Port Authority. (For more, see “CN Continues Record-Breaking Grain Haul Pace.”) Increases in wheat (up 25%), canola (up 45%) and specialty crops (up 12%) contributed to the rise, and potash exports grew 11% from last year’s record. Also up were shipping container quantities: A record 3.5 million TEUs were reported in 2020, a 2% increase over 2019.

Additionally, auto imports were down 18%, and export breakbulk forest products and coal were down 14% and 15%, respectively, from the previous year “as a result of challenges including impacts of the pandemic, railroad blockades, weather conditions and terminal upgrades,” according to the Port Authority.

“Trade is continuing to grow and a core part of our role as a Canada Port Authority is to ensure the port infrastructure is there to handle what Canada wants to trade,” Vancouver Fraser Port Authority President and CEO Robin Silvester said. “By investing to build the necessary capacity to accommodate increasing trade growth, we are supporting all port users including farmers, businesses, and industry who rely on the port to move their goods efficiently and remain competitive. This is critical to the long-term economic viability of this gateway and of Canada.”