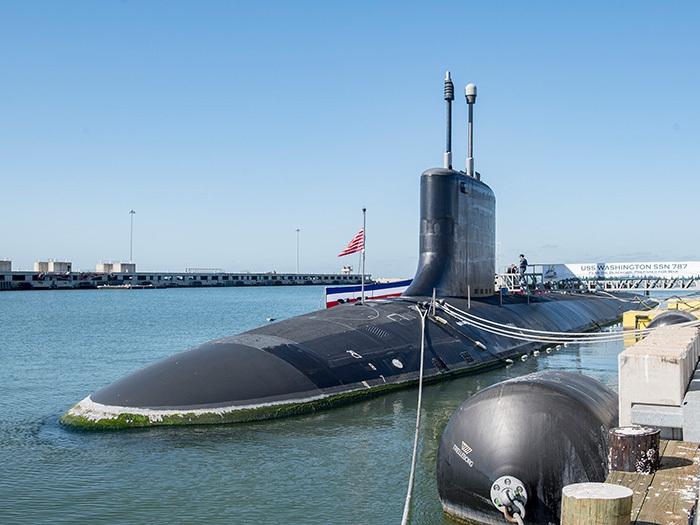 Mr. Thomas Dee, performing the duties of the Under Secretary of the Navy, will deliver the ceremony’s principal address. The submarine’s sponsor is Elisabeth Mabus, daughter of the 75th Secretary of the Navy Ray Mabus. In a time-honored Navy tradition, she will give the order to “man our ship and bring her to life!”

“The future USS Washington is among the most technologically advanced platforms in the world,” Dee said. “This submarine not only represents the spirit, ingenuity and strength of the American people, but also recognizes the critical role that the State of Washington provides to our national security. I am grateful to the men and women of Newport News Shipbuilding and to all of their partners for delivering such an extraordinary capability that will ensure our future advantage over any potential adversaries.”

The future Washington is the 14th Virginia-class nuclear submarine and the fourth Virginia-class Block III submarine. The ship began construction in 2011. The future Washington will be the third U.S. Navy ship to be commissioned with a name honoring the State of Washington. The first was an armored cruiser (ACR-11) which served under the name from 1905 to 1916 and the second was a battleship (BB-56) that earned 13 battle stars for World War II service before being decommissioned in 1947.