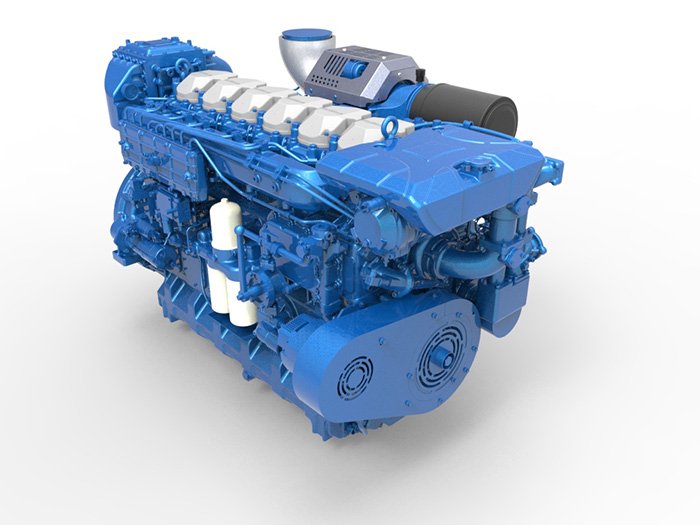 Students in the Marine Diesel Engine Technician Program at Louisiana’s Fletcher Technical Community College will get an opportunity to obtain hands-on experience thanks to four diesel engines being donated to the school by Baudouin, a relative newcomer to the U.S. engine market, through Motor Services Hugo Stamp (MSHS Group), its master distributor.

The four 6M26.3 Baudouin engines donated to the school will enable Fletcher students to gain needed skills by working on the same service-friendly engines currently in use by four nearby Louisiana shipyards engaged in building vessels.

“Operations of this size incorporate a sizable workforce of highly skilled and paid trade jobs,” MSHS Group Territory Manager Dual Yelverton said. “The value to students of being able to work on these engines is much more than just nominal. These engines will enable them to expand their knowledge of innovators in the industry in terms of electronic engine components, hybrid systems and alternative fuels.”

MSHS Group says that the Baudouin brand is becoming increasingly popular in the U.S. and that it and Baudouin regularly work closely with customers, manufacturers, shipyards and naval architects in Louisiana. To supply the demand for Baudouin products, MSHS Group is expanding its dealer networks in specific regions to provide local companies with entrance into new and repowering applications.

With the goal of expanding its product offerings and building its brand in the U.S. market, Baudouin plans to make its involvement with marine diesel engine trade schools a central component of its community outreach.

“As an engine manufacturer, our investment in STEM projects is a key aspect of our strategy,” Baudouin’s Americas Sales Director Mehdi Kebaili said. “Baudouin is thrilled to be participating in this exciting initiative to shape the next generation of maritime engineers.’’

Baudouin is currently offering 16 liter and 32 liter displacement engines rated at 450-815 hp and 1100-1650 hp respectively, as well as onboard generating sets up to 1MW. In addition to being considered a prime commercial investment, Baudouin engines are designed for quick diagnostics and minimal overhaul time.