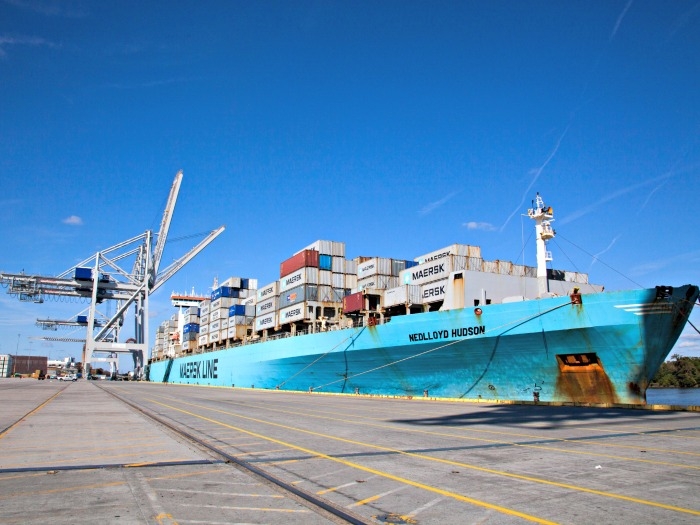 OCTOBER 9, 2014—The $700-million Savannah Harbor Expansion Project that will allow deep-draft post-Panamax container vessels to call at the port after the completion of the expansion of the Panama Canal is moving ahead, according to an announcement by Georgia Governor Nathan Deal.

Deal said that the U.S. Army Corps of Engineers, the Georgia Department of Transportation (GDOT) and the Georgia Ports Authority (GPA) have signed a Project Partnership Agreement (PPA), allowing construction on the long-awaited Savannah Harbor Expansion Project to begin.

“Georgia and its congressional delegation have fought long and hard to see this project through to fruition—a project that is vitally important for economic development and job creation not only in the Southeast, but nationally as well,” said Deal. “After years of regulatory purgatory, we finally cleared the last hurdle and hope to begin dredging in the Savannah River before the end of the year. This pivotal link in our logistics network will aid in the prompt delivery of valuable cargo to and from every corner of Georgia and, in turn, preserve and create jobs and encourage economic growth.

“Every budget I have submitted and signed into law has included money for the state share of the deepening. My most recent budget included Georgia’s final commitment, allowing this project to move forward now.”

The U.S. Army Corps of Engineers estimates that the harbor deepening project will bring $174 million in annual net benefits to the U.S. and for the Post-Panamax II vessels, the extra five feet of depth will allow for an additional 3,600 cargo containers in each transit, an increase of 78 percent.

The project will cost approximately $706 million, including construction and environmental mitigation costs. As a part of this cost-sharing agreement, the Corps will be able to use the 40 percent share of state funds to begin construction while it awaits congressional appropriations for the remaining 60 percent of federal funding. The state has already set aside $266 million—the total state share for the project.

The U.S. Army Corps of Engineers has released the competitive bidding contracts prepared for the early actions to deepen the harbor.