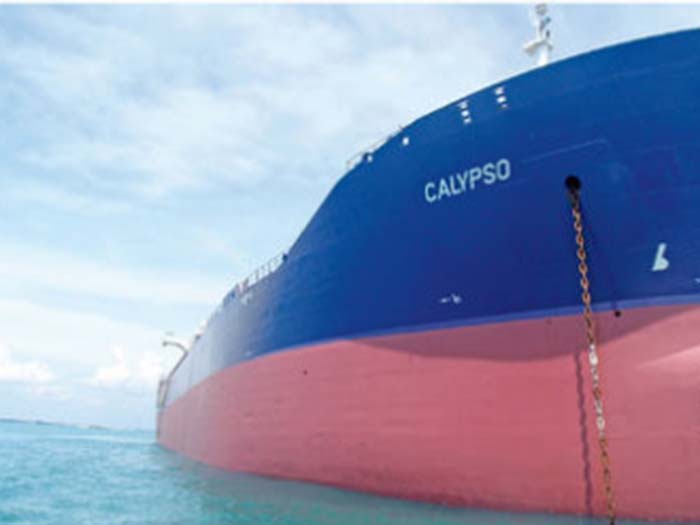 JANUARY 29, 2018 — Gothenburg, Sweden, based bio-tech company I-Tech says that a twenty-four-month trial on a 46,067 dwt chemical and products carrier has confirmed the hard fouling prevention power of an antifouling containing the bio-repellent active agent Selektope.

Selektope is an organic, non-metal compound that works to prevent barnacle fouling by temporarily activating the swimming behavior of barnacle cyprid larvae, making it impossible for them to settle on the hull. It is characterized by high efficacy at extremely low concentrations (0.1% w/w), is ultra-low leaching and offers paint manufacturers the flexibility to boost copper-based paint formulations or replace copper completely.

In 2015, the vertical sides and flat bottom of Laurin Maritime’s vessel Calypso were fully coated with an antifouling coating containing Selektope during the vessel’s first five-year drydocking. The vessel has spent two years in active operation across a wide range of trade routes, with more than 50% of operating time spent in biofouling hotspots.

According to I-Tech, independent hull and propeller performance analysis has verified that after twenty-four months Calypso’s increased total resistance was calculated to be 7%, compared with a benchmark new vessel that would see an increase in resistance of 10-20%. Over the period, speed losses experienced by Calypso amounted to a mere 2% when measured against sea trial performance. Data also confirmed that the development rate of added resistance for Calypso amounted to 0.1 % (0.5% to 1.5% is expected).

A recent underwater hull inspection established that Calypso’s hull is very clean, with divers finding no soft or hard fouling over the starboard and portside verticals, flat bottom and bilge areas.

Laurin Maritime’s technical director Bertil Andersson says: “The vessel has now operated for two years since last dry dock, and we can conclude that the fouling of the hull (read added hull resistance) remains at a very low level and the trend continues being flat.”

I-Tech CEO Philip Chaabane says: “This independent analysis of performance data and the underwater hull inspection provide convincing long-term performance results from a full-vessel application of a Selektope-containing hull coating for a vessel with significant exposure to severe fouling conditions. The fact that the hull fouling trend continues to be flat means that our general outlook on the continuous performance of the Selektope-containing coating is very positive. This delivers the proof required that our unique antifouling ingredient can offer ship operators guaranteed hard fouling prevention performance for any vessel activity and trading patterns.”

With many major coatings suppliers now turning to Selektope to enhance their products, I-Tech AB is urging shipowners to check whether the ingredient is available in all antifoulings being considered as part of the coatings selection process.