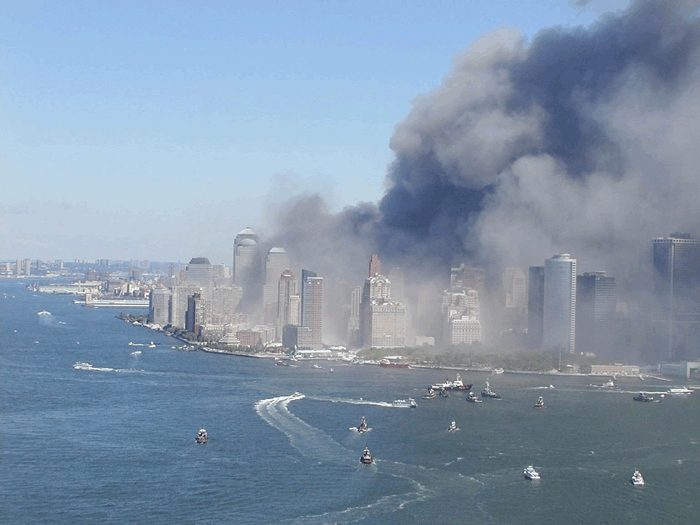 Obligation, vigilance, and perseverance are among the professional qualities of the merchant mariner. Whether one attends a maritime academy, as I did, or comes up through the hawsepipe, in seagoing service mariners learn and practice the ethos of care to crew, ship, and the environment. Mariners are supposed to display those qualities in spite of cold, or rain, or discomfort--one of my strongest memories of the academy is being on lookout, freezing, wearing all my jackets. Mariners are supposed to be ready, to be watchful, to put together skills and equipment and to balance paradox and contradiction to make a successful voyage.

The 9/11 boat operations offer some insights for urban disaster management and resilience, organizations, and communities. Key features of resilience are redundancy, substitutability, and mobility. Some vessels can operate even if others are out of service. Boats are a mobile resource, easily moved around as needed. If some facilities are damaged, others may be available or can be improvised on short notice. Some vessels of more rugged construction served as floating piers, so that other vessels of lighter design would not be damaged against the seawall. Vessels are connected by VHF radio—nearly always available-- and vessel movements are organized not by a flowchart or a rigid command structure but rather by a nautical chart and the mariners’ operational knowledge of that area: its laws, regulations, and customs. Public officials in waterfront cities should look closely at the different transport modes available. In particular, emergency managers and urban planners and engineers should work much more closely together to identify needs and resources.

AUGUST 11, 2016 —A closer look at the vital role the maritime industry played on the evacuation of Manhattan on 9/11 (Extended coverage from Marine Log’s August 2016 issue) By James Kendra, Director, Disaster Research Center at the University of Delaware