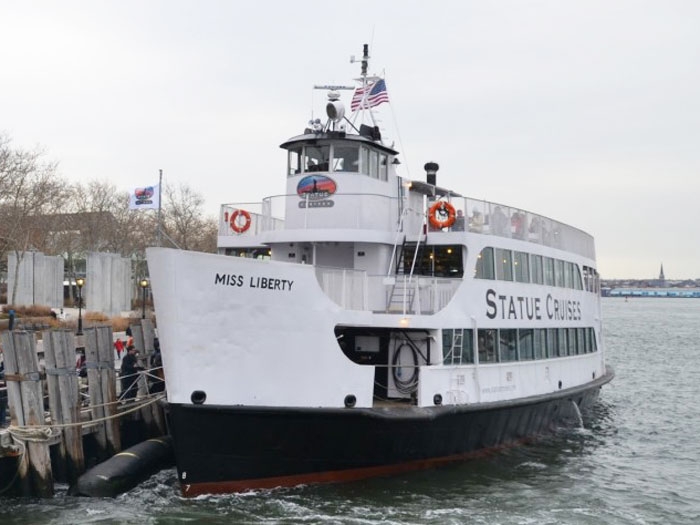 United Spinal is a national 501(c) (3) nonprofit membership organization formed in 1946 by paralyzed veterans and is dedicated to improving the quality of life for all Americans with spinal cord injuries and disorders (SCI/D), including multiple sclerosis, spina bifida, ALS and post-polio. It played a significant role in writing the Americans with Disabilities Act. Membership is free and is open to all individuals with SCI/D.

Wheelchair using tourists from all over the world are among the 4.2 million people who visit the Statue of Liberty every year.

The complaint states, “Tens of thousands of disabled Americans who depend on wheelchairs for mobility – including many military veterans who were disabled in the service of this country – cannot easily visit the Statue of Liberty or Ellis Island, because defendant Statue Cruises, LLC (“Statue Cruises”), which holds the exclusive right to operate ferry boats to the Statue of Liberty and Ellis Island, does not make its ferry boats accessible for wheelchair users.”

United Spinal President and CEO, James Weisman, sent a letter last December to the National Park Service that described significant and dangerous problems regarding wheelchair accessibility on the ferry and requested appropriate changes be made in order to comply with the law.

These problems included transition plates and ramps that are at an unlawful slope, gangways that are too narrow with unlawful handrails and restrooms that are inaccessible and unusable.

In a letter responding to United Spinal, Superintendent of the Statue of Liberty National Monument stated that “the National Park Service and Statue Cruises believe that the ferry is in full compliance with all applicable accessibility laws” and declined to take any steps to compel Statue Cruises to remedy the alleged violations.

United Spinal had received multiple notifications from wheelchair users identifying accessibility problems on the ferry boats.  It says that, “as a result, plaintiff, David Heard, visited the Statue of Liberty where he too faced the same dangerous obstacles and difficulties using the inaccessible ferry boats”