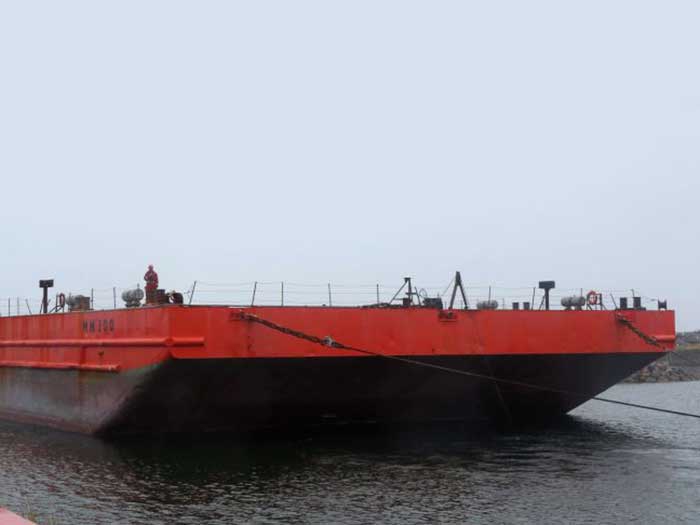 The 9,694 tdw, Canadian-flagged, double raked barge was originally built in 1985 by Harland & Wolf Shipbuilders in Belfast, Northern Ireland, as Hull 3016.