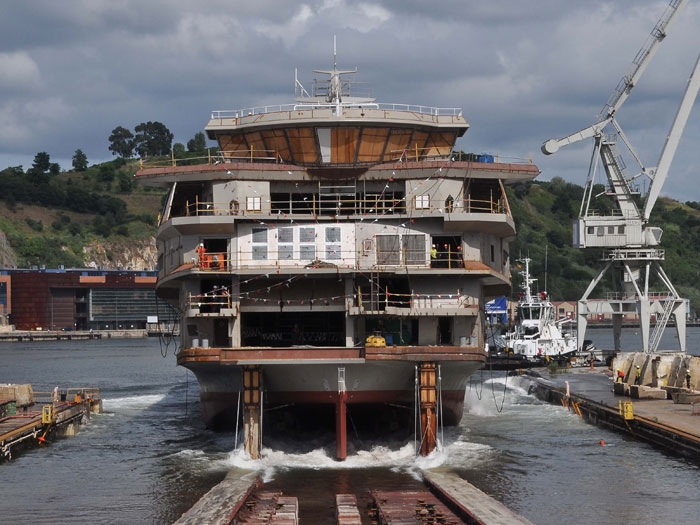 The 1,750 passenger, 350 vehicle vessel marks the Basque shipyard’s ferry market debut —and it is entering the segment with a technically sophisticated ship featuring a hybrid propulsion system, with dual fuel (diesel/CNG) generating sets and a battery system, feeding the propulsion electric motors.

The double ended ferry will have two completely independent engine rooms, each of which can provide enough power to be able to continue the normal service of the ferry at least up until wind force Beaufort  9.

Two Rolls-Royce azimuth propellers will be installed at each end of the ship, to achieve a speed of 10 knots (economic) and 15 knots (maximum).

The vessel will is scheduled to be ready for sea trials at the end of this year  and final delivery in January 2016..