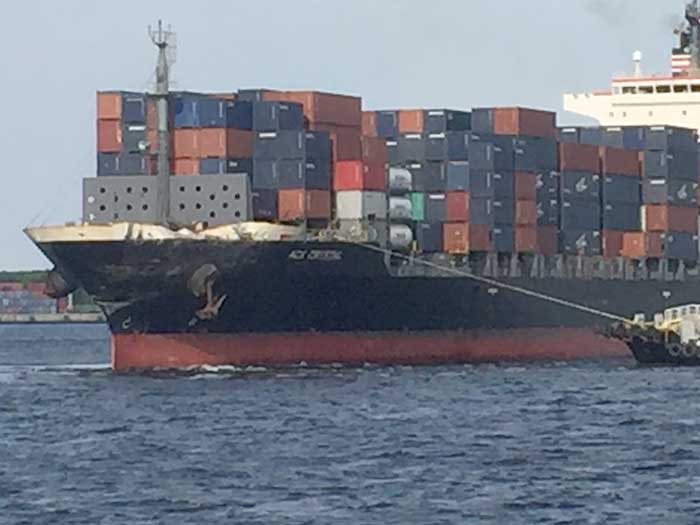 JUNE 19, 2017 — ACX Crystal, the containership that collided with the USS Fitzgerald on June 17, arrived at Oi Terminal in Tokyo the next day and started unloading.

The Philippine-flag ship is on charter to NYK Line and appears to have incurred only relatively minor damage to the bow.

NYK says tha there were no injuries on board ACX Crystal as a result of the collision and no oil spill from the vessel.

NYK says it is fully cooperating with an investigation by the Japan Coast Guard together with the shipowner, which it identifies as Dainichi-Invest Corporation.