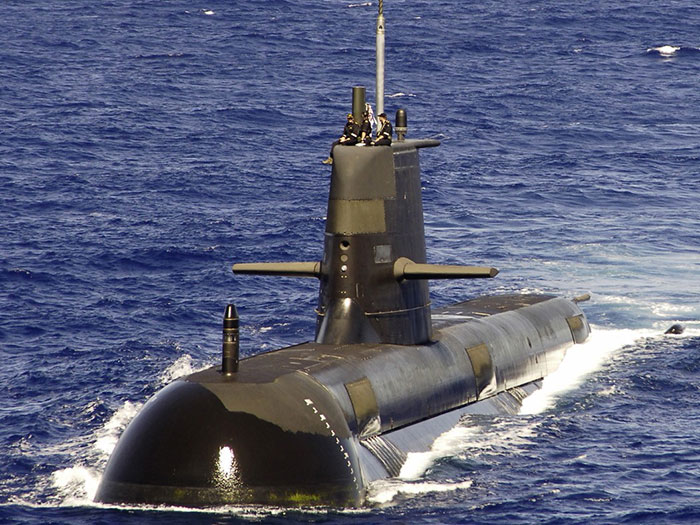 The U.S. and U.K. are to share nuclear submarine propulsion technology with Australia under a new enhanced trilateral security partnership called “AUKUS” — Australia, the United Kingdom, and the United States.

“As the first initiative under AUKUS, recognizing our common tradition as maritime democracies, we commit to a shared ambition to support Australia in acquiring nuclear-powered submarines for the Royal Australian Navy. Today, we embark on a trilateral effort of 18 months to seek an optimal pathway to deliver this capability. We will leverage expertise from the United States and the United Kingdom, building on the two countries’ submarine programs to bring an Australian capability into service at the earliest achievable date.

“The development of Australia’s nuclear-powered submarines would be a joint endeavor between the three nations, with a focus on interoperability, commonality, and mutual benefit. Australia is committed to adhering to the highest standards for safeguards, transparency, verification, and accountancy measures to ensure the non-proliferation, safety, and security of nuclear material and technology. Australia remains committed to fulfilling all of its obligations as a non-nuclear weapons state, including with the International Atomic Energy Agency. Our three nations are deeply committed to upholding our leadership on global non-proliferation.

Release of the statement was preceded by a background press briefing in which, a senior administration official noted “We’ll also work to sustain and deepen information and technology sharing, and I think you’re going to see a much more dedicated effort to pursue integration of security and defense-related science, technology, and industrial bases, and supply chains.”

The same official said that, to support Australia’s desire to acquire nuclear-powered submarines, “we will launch a trilateral effort of 18 months, which will involve teams — technical and strategic and navy teams — from all three countries to identify the optimal pathway of delivery of this capability.

“And I think, as you know, the only country that the United States has shared, traditionally, this kind of nuclear technology for propulsion is Great Britain, and that arrangement dates back to 1958.

“We are adding — this is a unique set of circumstances — Australia to that deep partnership to explore the best ways for Australia to pursue nuclear-powered submarines.

“I do want to underscore that this will give Australia the capability for their submarines to basically — to deploy for longer periods. They’re quieter. They’re much more capable. They will allow us to sustain and to improve deterrence across the Indo-Pacific.

“As part of that, we will work closely on efforts to ensure the best practices with respect to nuclear stewardship. I think you will see much deeper interoperability among our navies and our nuclear infrastructure people to ensure that our countries are working very closely together.”

You can read the background briefing transcript HERE

As a result of the AUKUS deal, Australia has notified France that it will end its contract with French government majority-owned Naval Group (formerly DCNS) to build 12 of the world’s largest conventional submarines. Australia has spent AUD 2.4 billion Australian dollars ($1.8 billion) on the project since the French won the contract in 2016.

At a press conference in Canberra earlier today, Prime Minister Scott Morrison said “Australia was not in a position at the time we took the decision back in 2016 to build and operate a nuclear-powered submarine. That wasn’t on the table. It wasn’t on the table for a range of reasons. So, the decision we have made to not continue with the Attack class submarine and to go down this path is not a change of mind, it’s a change of need.”

“Over the next 18 months, the taskforce will work with our American and British partners to ensure the full suite of requirements that underpin nuclear stewardship, including waste regulation, training facilities, basing, workforce, and infrastructure are in place,” said the Prime Minister.

Announcing other defense initiatives that include fielding Tomahawk Cruise Missiles on the Royal Australian Navy Hobart class destroyers, he noted that, “these capabilities will be coupled with our planned Life-of-Type Extension of Australia’s Collins class submarine fleet.”

You can read the full transcript of the press conference HERE