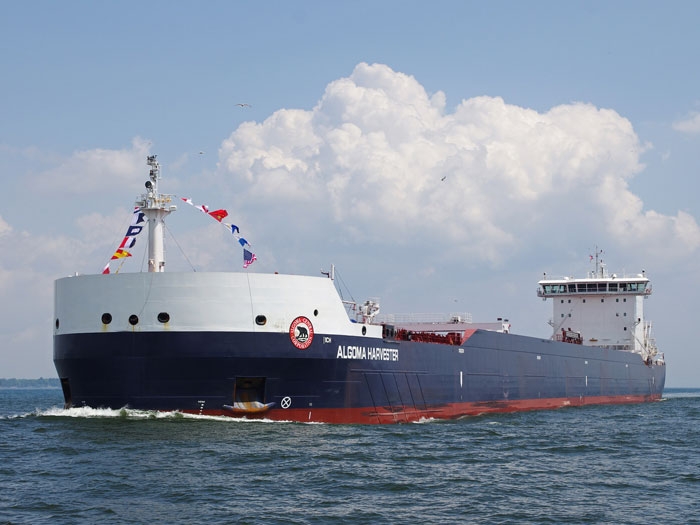 Today, Algoma said that contracts for two ships had been made effective with the delivery of refund guarantees by the shipyard, China's Jiangsu Yangzijiang Shipbuilding Co. Ltd.

"Our search for a shipyard in China to replace the now-bankrupt Nantong Mingde Heavy Industries ("Mingde") led us to Yangzijiang," said Ken Bloch Soerensen, President and CEO of Algoma. "We have been pleased with the professionalism and enthusiasm the yard has shown for our project and the quality that they have shown on work done for other shipowners."

The announcement of the two ship order at Yangzijiang follows a November 25 announcement that contracts for three Equinox newbuilds with Uljanik d.d. of Croatia had become effective with delivery by the yard of security for the contractually required construction installments.

Algoma now has five Equinox Class ships under construction at the Uljanik Group's 3Maj shipyard in Rijeka.All the vessels will have an overall length of 225.55 metres (740 feet) and a beam of 23.77 metres (78 feet), qualifying as Seaway Max size ships. The vessels will carry 29,300 tonnes at maximum Seaway draft.

The two most recently ordered at Uljanik will feature a boom-forward configuration designed to provide greater flexibility in certain delivery situations. The others will feature a standard rear boom.

The new Equinox vessels will have all of the features of the existing Equinox design, including the exhaust gas scrubber technology pioneered by Algoma on the Great Lakes in its first Equinox Class gearless bulk carriers.

With seven ships now under construction, Algoma expects to invest approximately $450 million in this phase of its fleet renewal program. It is also reviewing its fleet plan and considering the retirement of certain older vessels.