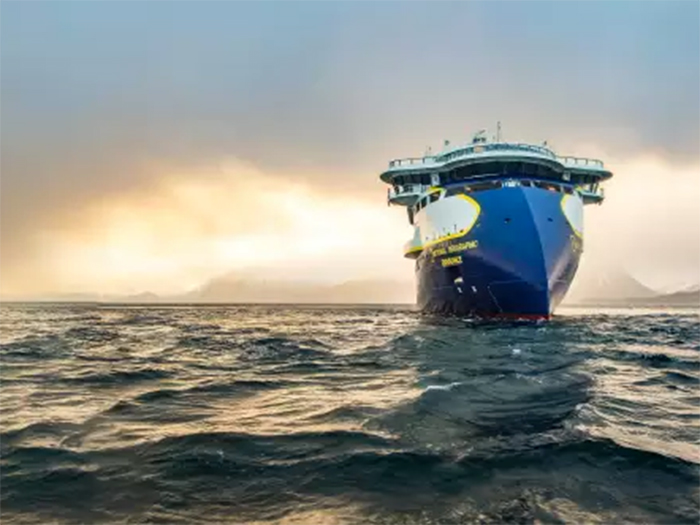 According to Ulstein, the sea trial tests were comprehensive and included exercises of the propulsion and navigation systems and emergency maneuvers such as a live test of the Safe Return to Port requirements.

The 124 meter x 21 meter, 126-guest National Geographic Endurance is fully stabilized with the highest ice class (PC5 Category A) of any purpose-built passenger vessel. It features the distinctive Ulstein X-Bow which, says Lindblad, will afford the smoothest, most comfortable ride imaginable, in all sea behaviors, resulting in greater fuel efficiency and fewer emissions for reduced environmental impact.

The ships feature a full ABB power, distribution, control and automation package that includes twin 3.5 MW Azipod propulsors. All systems will be connected 24/7 to the ABB Ability Collaborative Operations Center infrastructure for remote monitoring and support of vessel systems.

National Geographic Endurance is back in the shipyard currently undergoing final outfitting before delivery, set for March. She will embark on her maiden voyage, “Svalbard in Spring: Polar Bears, Arctic Light and Epic Ice” on April 2, 2020.