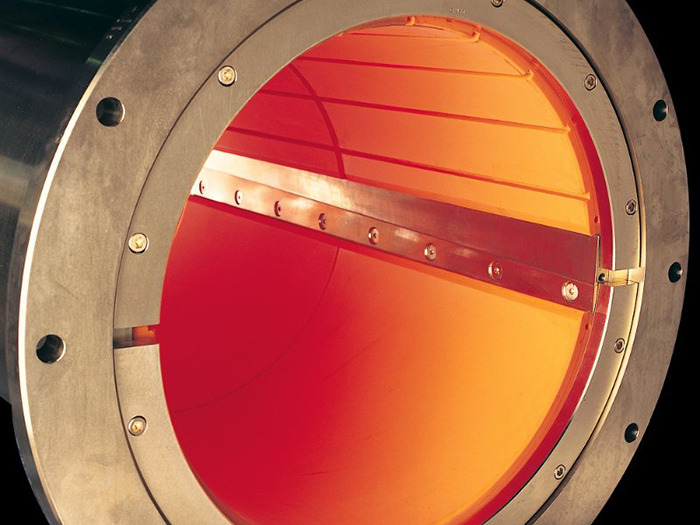 A recent inspection of the twenty-year-old Thordon water-lubricated propeller shaft bearings installed on a twin-screw cruise ship were found to be within classification society parameters and suitable for continued use for a further ten years of operation, the bearings manufacturer reports.

At the shipowner’s request, Thordon Bearings attended the docking in Brest, France, to assess the propeller shaft liners and outboard bearings of a 2,500 passenger-capacity cruise ship in which the company’s COMPAC bearings had been installed in 1999.

,“After more than twenty years of service and 6,100 annual operating hours, bearing clearances were significantly below Lloyd’s Register’s 10.5mm (0.41in) maximum allowable clearance,” says Jeffrey Butt, Thordon’s Business Development Manager – Marine. “The maximum clearance recorded was 7.34 mm (0.29in) on a starboard shaft bearing. The vessel could potentially operate these same bearings for another ten years.”

The condition of the 83,000 gt vessel’s shaft liners – themselves indicative of successful bearing performance – was equally impressive.

Gus Juarez, Thordon Bearings’ technician from the Global Service & Support team involved in the inspection, said: “There were some minor circumferential marks on the shaft liners, but they looked well-polished. There was no indication of circumferential grooving or damage. All liners were determined to be in satisfactory shape.”

Copies of all the inspection videos were provided to the Lloyd’s Register surveyor and shipowner representatives following the October drydocking.

The ship inspected at the Brest shipyard is the second cruise ship to emerge from a drydocking with a Thordon bearing in near perfect condition after decades of operation. In September 2015, during the inspection of a sister ship, surveyors recorded a bearing wear down of 7 mm (0.28 in). This was 17 years after the system was installed.

Craig Carter, Director of Marketing and Customer Service, Thordon Bearings, said: “Based on our cruise installations to date, a seawater-lubricated propeller shaft system typically has a wear-life of 25 years, saving millions in maintenance costs and emergency repairs. There are no lubricants to purchase, no service contracts to sign, reduced maintenance budgets and zero pollution risk.”