Santa has a naughty list and a nice list. The Paris MoU has a more graduated approach. It has just the one “White, Gray, and Black” list and, from July 1, 2021, 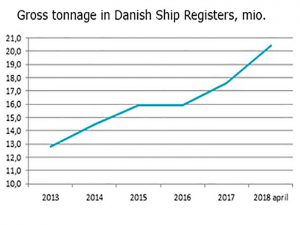 MAY 7, 2018 — The Danish Maritime Authority (DMA) reports that the total gross tonnage of vessels under Danish registry recently went above 20 million GT for the first time ever. The 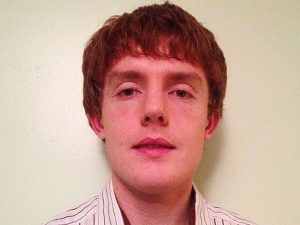 On November 16, 1905 Swiss engineer Alfred Büchi patented the world’s first turbocharger for BBC, the precursor company of today’s ABB. Today, turbochargers are deployed across the globe in ships, locomotives, freight vehicles, heavy construction equipment and agricultural machinery, and in generating sets and power stations. More than 200,000 ABB turbochargers are in daily use to raise power output, lower emissions, cut fuel consumption and, ultimately, save money.

The competition, which was judged by three engineers from ABB Turbocharging Baden, required entrants to write a 750-1,250 word essay on the development of turbocharger technology and the key drivers for further technological progress in the future. Participants were also asked the challenging question: “How much would a pair of sneakers made in the U.S. and shipped to Switzerland cost if shipped without a turbocharged container vessel?”

ABB has named Charles Stuart from Ballycastle in Northern Ireland as the overall winner of the competition’s $2,500 first prize essay. His entry on “How 110 Years of Turbocharging Changed the World’ brought to life the critical impact turbocharging has had on engine development in general, and on shipping efficiency and costs in particular. Charles is a 24-year-old Ph.D. student researching compressor aerodynamics and 1-D design tools at Queen’s University, Belfast.

Volkmar Haueisen, ABB’s Head of Research and Development, commented: “We are delighted that our essay competition attracted so many participants in this important year in ABB’s turbocharger timeline. The quality of their entries has been very high. Our wholehearted congratulations go to Charles whose entry was, in our opinion, outstanding. What Alfred Büchi invented more than a century ago has developed into a truly transformational technology which has played a vital part in raising engine efficiency for more than one hundred years. Millions of tonnes of fuel and harmful emissions have been saved. Charles’ entry reflects these remarkable achievements.”

“This has been a fantastic record of continuous development in a technology with no downside. Turbochargers only improve performance,” Mr. Haueisen said. “Our research team is now fully focused on the science relating to the next stage of technological development. We are proud to be the pioneers of this outstanding technology.” 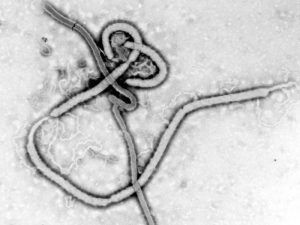 AUGUST 4, 2014 — Three global shipping organizations today issued guidance to their members on the risks posed to ships’ crews calling in countries affected by the Ebola virus. A spokesperson for

AUGUST 20, 2013 — The Port of Long Beach has cut emissions of diesel particulates by 81 percent since 2005, according to an analysis released today. The results for 2012 mark six

MARCH 25, 2013 — The eco ship revolution may be on the horizon but the new ships will not replace the existing fleet overnight and meantime ship managers are under increasing pressure

SEPTEMBER 7, 2012 — The Rickmers Group has appointed Robert Sappio to the position of President and CEO of Rickmers Americas. He will report to Ronald D. Widdows, CEO of Rickmers Holding.