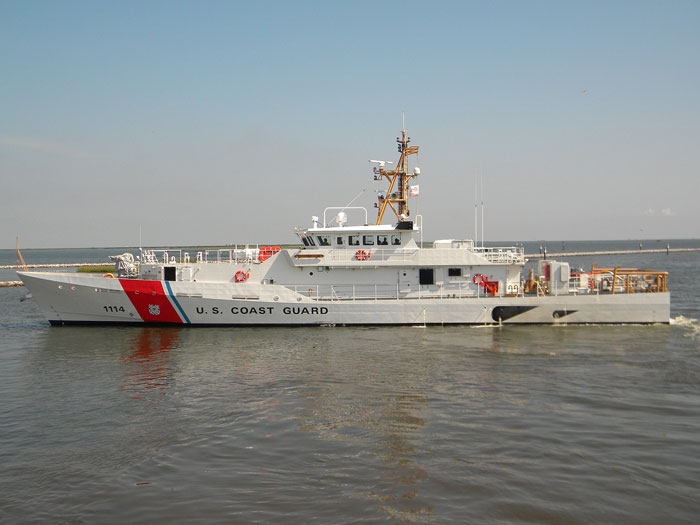 “We are very pleased to announce the delivery of the latest FRC built by Bollinger Shipyards, the Heriberto Hernandez, to the 7th Coast Guard District in Puerto Rico,” said Bollinger’s President & CEO, Ben Bordelon. “We are looking forward to honoring and celebrating the heroic acts of Hernandez at the vessel’s commissioning.”

The 154 foot patrol craft Heriberto Hernandez is the 14th vessel in the Coast Guard’s Sentinel-class FRC program.
To build the FRC, Bollinger used a proven, in-service parent craft design based on the Damen Stan Patrol Boat 4708.

The FRC has been described as an operational “game changer,” by senior Coast Guard officials. It has a flank speed of 28 knots, state of the art command, control, communications and computer technology, and a stern launch system for the vessel’s 26 foot cutter boat.

The Coast Guard took delivery on July 30, 2015 in Key West, FL, and is scheduled to commission the vessel in Puerto Rico during October, 2015.

Each FRC is named for an enlisted Coast Guard hero who distinguished him or herself in the line of duty. This vessel is named after Coast Guard Hero Heriberto Hernandez.

Hernandez, a Fireman aboard the 82-foot Coast Guard Cutter Point Cypress made the ultimate sacrifice as he braved enemy gunfire in South Vietnam while patrolling the Vietnamese coastline. For his bravery as he faced the enemy, he was posthumously awarded the Purple Heart Medal and the Bronze Star Medal with the Combat “V” device.