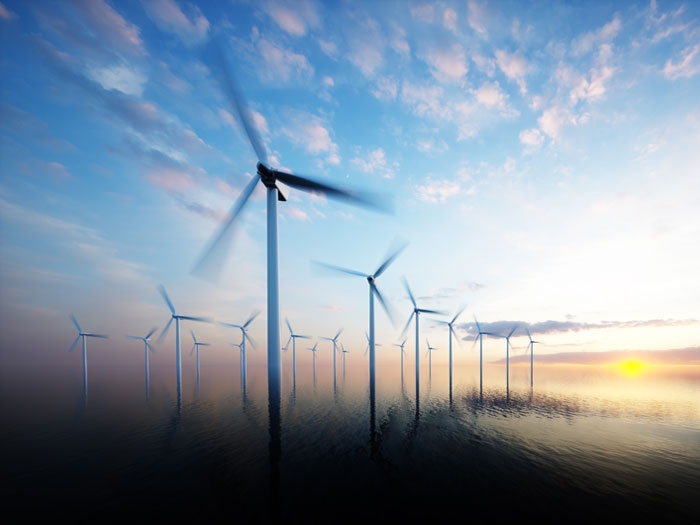 The two companies are partnering on the vessel that would be based on a new design from Houston-based Zentech, an expert in offshore rig design. Zentech says the installation vessel will be a self-propelled, DP2 Class jack-up with four truss legs with spud cans—a proven oil & gas design—integrated into a newly built hull.

However, with other offshore wind farm development moving forward off of the U.S. East Coast, the timing may be right for a Jones Act-compliant turbine installation vessel.

Zentech’s Sundaram “Sundy” Srinivasan pointed to the flexibility of the jack-up, which, when not operating as an installation vessel, would be capable of being used for decommissioning platforms in 300-ft water depths.  “It has always been the company’s plan to rejuvenate American shipbuilding,” says Srinivasan, “and this will do that.”

While he didn’t want to reveal too much about the vessel’s design because of competitive reasons, he said the jack-up will be able to navigate the New Bedford Hurricane Barrier and transport and install at least three complete 6 to 9 MW range wind turbines. The vessel’s jacking system will be rated at a capacity of 16,000 tons, extending the unit’s service life.

Thomas Brostrøm, President of DONG Energy North America—which is looking at projects in Massachusetts and New Jersey, called the announcement of a U.S. flagged wind turbine installation vessel “a positive sign and a step in the right direction for the offshore wind industry in the U.S. This will help in the creation of a sustainable supply chain that includes several suppliers and we welcome initiatives such as this from serious market players in the industry.”

Discussions are underway with U.S. shipyards in the Gulf of Mexico and along the East Coast, with the expectation of a delivery no later than fourth quarter of 2018. The unit will be constructed utilizing U.S.-built components such as barge, legs, spud cans and propulsion.