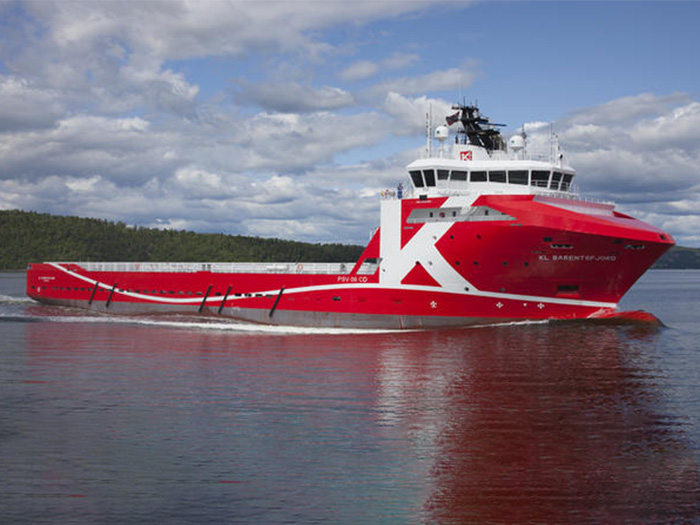 KL Barentsfjord, one of four K-Line Offshore platform supply vessels to be acquired by REM Offshore AS.

Tokyo-headquartered K-Line reported Friday that it had decided to dissolve its Norwegian-based subsidiary K-Line Offshore, sell its vessels and take a total extraordinary loss of approximately JPY 17 billion (almost $150 million).

Fosnavåg, Norway-headquartered REM Offshore AS was swift to swoop on the PSV quartet, posting on its social media pages:

“We are delighted to announce that REM has agreed to purchase four PSVs from K-Line Offshore AS. In REM we have always had the highest respect for these vessels due to their unmatched specifications and reputation in the market. To be able to own and manage them in the future will be a task we enter with respect, both towards the previous owners and their impeccable operational standards and towards the vessels themselves who have been providing a safe and strong working platforms for clients across the North Sea for a number of years.