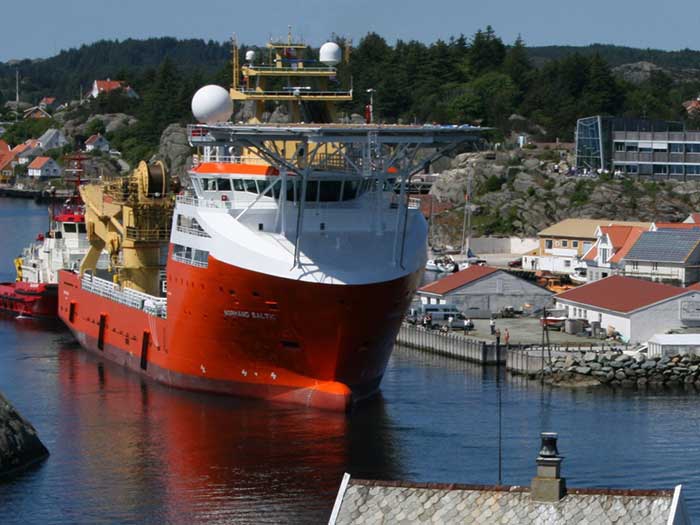 Here’s what’s in the works.

A fully-funded financial restructuring of Farstad Shipping has been agreed by Farstad Shipping ASA; Aker Capital AS , a wholly owned subsidiary of Aker ASA; Hemen Holding Limited (a company indirectly controlled by trusts established by Mr. John Fredriksen for the benefit of his immediate family); as well as Farstad Shipping’s senior lenders, substantial parts of its bondholders, and F-Shiplease AS (a subsidiary of Ocean Yield ASA).

Following completion of the Farstad restructuring, the parties to the restructuring agreement, together with Soff Invest AS and Ivan II AS ( the “Solstad Family Companies”) and Tyrholm & Farstad AS, have agreed to work for a combination of Solstad Offshore ASA , Farstad Shipping and Deep Sea Supply Plc.

As repeatedly expressed by a range of industry experts, says an Oslo stock exchange announcement, the fragmented Norwegian OSV industry requires consolidation. By agreeing to complete the Farstad Restructuring and to work for the proposed Combination, senior lenders, bondholders and long-standing family owners supported by industrial investors are making a collective effort to secure a successful refinancing of Farstad Shipping and to create a new and robust OSV company operating out of Norway in the high-end segments of the global OSV industry.

“With this solution, we provide Farstad, Solstad and Deep Sea Supply with an industrial platform to sustain the current downturn in the OSV market and be well positioned to exploit a market recovery. We are pleased to have reached an agreement with our banks, bondholders and other stakeholders,” says Farstad Shipping CEO Karl Johan Bakken.

The combination will create what’s described as “the largest company in the high-end global offshore supply vessel industry.” with a fleet of 154 vessels. When including all vessel classes and lower spec vessels, the company will ranks fourth globally.

The company will operate a fleet of 33 CSV, 66 PSV and 55 AHTS vessels deployed globally in all deep water hubs.

“For over a year we have advocated strongly for consolidation in the OSV industry. One step was taken through the merger of REM Offshore ASA into Solstad Offshore in 2016. With a successful completion of the combination we would take further steps to build the world’s leading OSV company,” says Lars Peder Solstad, CEO of Solstad Offshore comments.

Following a successful completion of the proposed combination, it is proposed that Solstad Offshore will be the parent company in the consolidated group, and will have support of two of the strongest participants in the shipping and offshore sector through Hemen and Aker.