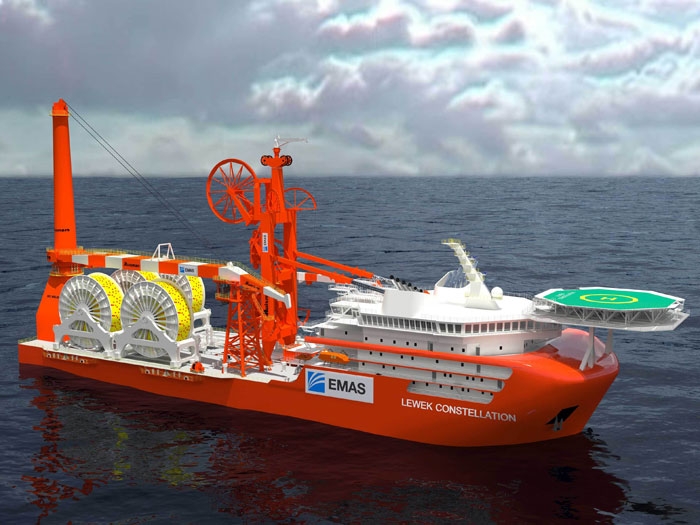 APRIL 11, 2014 — Singapore headquartered Ezra Holdings Limited has received a Letter of Agreement (LOA) from Noble Energy for the Gunflint Project in the Gulf of Mexico.

Under the terms of the agreement Ezra’s Subsea Services division, EMAS AMC has been nominated to perform the offshore installation of pipelines, umbilicals and ancillary equipment for the Gunflint Project in the Mississippi Canyon area of the U.S. GoM in water depths in excess of 2,000 m. The pipelines will be installed with EMAS AMC’s flagship vessel the Lewek Constellation while the EMAS Marine Base in Ingleside, Texas will be used to perform the pipe stalking and fabrication of various subsea structures.

Project preparation activities have already commenced and offshore works are scheduled to be carried out during 2015.

“I would like to express my sincerest appreciation to Noble Energy for their vote of confidence by awarding this important project to us,” said Mr Lionel Lee, Group CEO and Managing Director of Ezra.

“The Gunflint project is another significant milestone for us as it is a testament to the growth and current capabilities of EMAS AMC. It affirms that our combined engineering and asset capabilities, including our flagship construction vessel Lewek Constellation, are being endorsed by the industry to execute challenging subsea projects anywhere in the world.

“It is also the second major contract awarded to us by Noble Energy, following our successful work for the Noble Tamar Project and I look forward to working with Noble again and deliver a mutually successful outcome on Gunflint.”

The Group has secured more than US$300 million subsea contracts since the beginning of 2014, with the subsea backlog standing at more than US$1.4 billion to date.