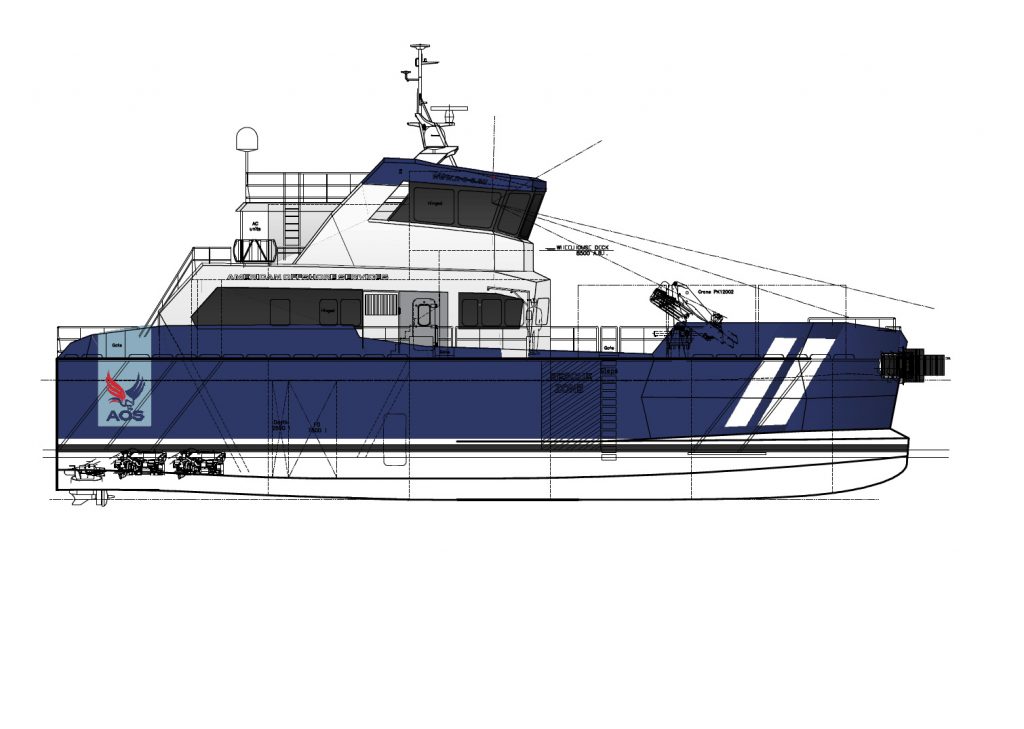 A-O-S says vessels will be first hybrid-ready CTVs in U.S.

Warren, R.I., shipbuilder Blount Boats has won an order to build four hybrid-ready crew transfer vessels (CTVs) for delivery in 2023 – 2024 to American Offshore Services (A-O-S). A-O-S said today that it has secured its first contracts with clients in the U.S. Starting in third quarter 2023, the company will provide CTVs and equipment to four different wind farms on the United States’ East Coast during their construction phase.

A-O-S is owned by SEA O.G. Offshore, which is part of the Crosby Tugs group of companies, and Northern Offshore Services, an established player in the European CTV market. The 99-foot (30-meter) CTVs ordered at Blount are based on a Northern Offshore design. A-O-S says they will be the first hybrid-ready CTVs in the U.S.

“We are excited to build this next generation of CTVs for A-O-S,” says Marcia Blount, president of Blount Boats. “A hybrid-ready CTV is a fitting addition to the new and growing offshore wind industry in the United States, and we are proud to be a part of it in such a vital way.”

The CTVs are based on a N-O-S design.

“A-O-S is a shining example of how U.S. contractors can work in partnership to rapidly advance our local industry says James Clouse, managing director and co-founder of A-O-S. “We are realizing our dream of moving America’s offshore wind industry forward and doing it with partnerships built on shared vision and values.”