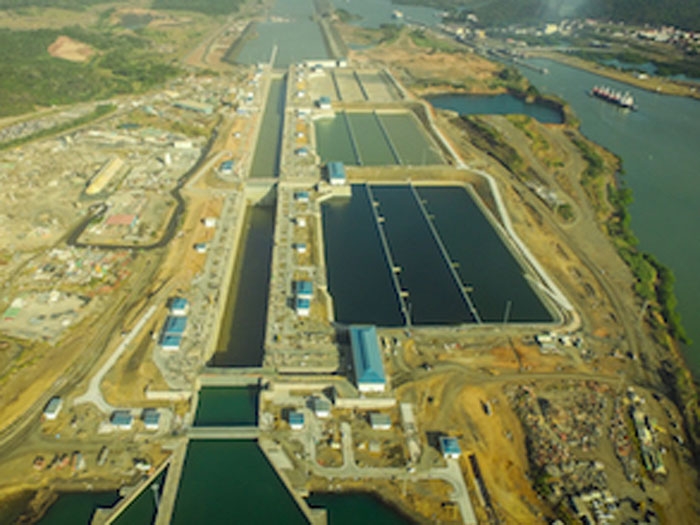 FEBRUARY 15, 2016 — The Panama Canal Authority (ACP) says that Grupo Unidos por el Canal (GUPC), the consortium responsible for the design and construction of the Third Set of Locks Project, has successfully completed testing of the reinforcements in sill No. 3 of the Cocolí locks.

GUPC technical personnel, the designers and Panama Canal Authority (ACP) specialists monitored the testing process which consisted of gradually raising the water behind the lock gate to the level in which what the Panama Canal calls “seepage” was first detected in sill #3 last August.

Later, the testing was inspected by a team of independent experts, professors and structural engineers from the Technological University of Panama (UTP), all of whom expressed satisfaction with the final results.

Following the completion of this work, GUPC will proceed to test the electromechanical components necessary for the Expanded Canal to operate.Less than four percent remains to complete the overall project which will be inaugurated later this year.