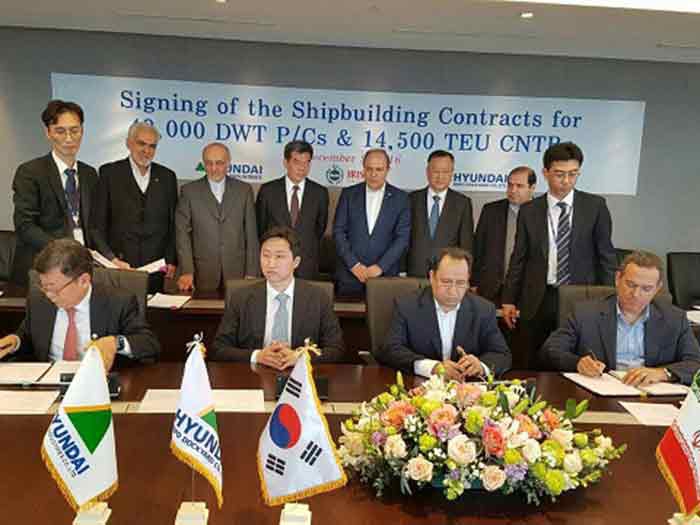 Under contracts signed December 9, Hyundai Heavy will build four 14,500 TEU class containerships and 49,000 dwt product/chemical carriers for IRISL with deliveries starting in 2018. The product carriers will be built at subsidiary Hyundai-Mipo.

Funding for the orders will reportedly be provided by South Korean banks and financial institutions.

The orders are the first placed by IRISL since the lifting of international sanctions on Iran earlier this year and are the result of negotiations that began in December 2015. Discussions are continuing on technical cooperation to develop the shipbuilding industry at Iranian shipyards.