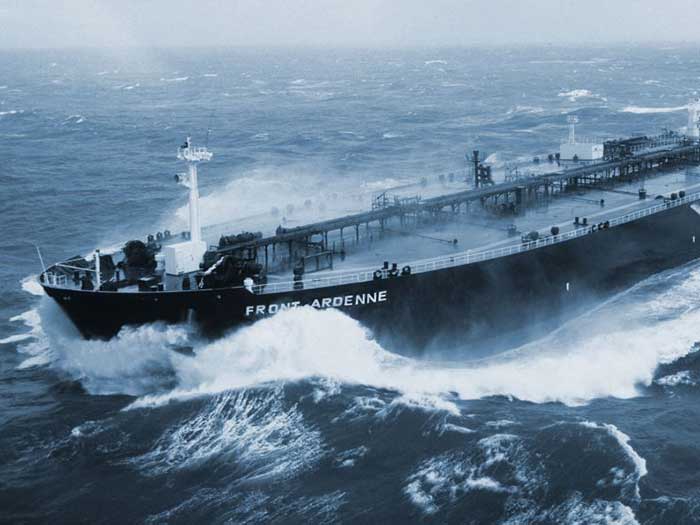 Those who have been following ding dong between the two may recall that on May 7 the DHT Board wrote Frontline Principal Executive Officer Robert Hvide Macleod telling him, among other things,”We did not build this company simply to hand it over to you on the cheap.”

Today, Frontline released the text of the letter that it sent in response.

We write in response to the 7 May 2017 letter from the Board of Directors (“Board”) of DHT Holdings, Inc. (“DHT”) regarding our 25 April 2017 letter proposing a business combination (“offer”) between DHT and Frontline Ltd. (“Frontline”).

Although your letter claims that the DHT Board is “open to exploring alternatives” that could enhance DHT shareholder value, it is clear from your response and prior conduct that this is untrue. You have repeatedly refused to allow DHT shareholders a realistic opportunity to consider our offer, and that, combined with your use of legal mechanisms to entrench the Board and management of DHT, can in our view only harm shareholder value and confirm the market’s persistent view that DHT’s share price should be discounted relative to NAV.

Your criticism of our offer is self-serving and misleading, particularly in light of the fact that DHT itself has deemed the offer “non-coercive”. You focus solely on what percentages DHT would contribute to the combined company in terms of NAV, EBITDA and EPS, and fail to give due consideration to, first, the immediate value creation that our offer of 0.8 Frontline shares per DHT share would provide to your shareholders and, second, the increased upside potential of being invested in Frontline shares to which the market has consistently ascribed a premium to NAV, as opposed to DHT shares to which the market has consistently ascribed a discount to NAV.

You argue that there is nothing stopping Frontline from making a formal tender offer directly to your shareholders. That is misleading, because Frontline will not be able to close any tender offer it makes without triggering the punitive dilution provisions of the Shareholder Rights Plan (i.e., the “poison pill”) you implemented precisely to prevent such an offer by Frontline. In addition, you largely exempted BW Group Limited (“BW Group”) from these provisions of the poison pill and granted BW Group a matching right which acts as a significant deterrent not just in relation to Frontline but also to other potential bidders. By your actions, you have provided BW Group with a pathway to seize control of DHT whilst simultaneously preventing Frontline (or any other bidder) from doing so. In particular, you have permitted BW Group to increase its holdings to 45% of DHT (while all other active shareholders are held under 10%). You have also given BW Group the ability to veto competing offers, in addition to its exclusive ability to make an offer directly to shareholders, as Frontline has been blocked from doing by the poison pill. The net effect of your actions (amongst other entrenchment mechanisms you have erected such as a staggered board of directors) has been to deprive your shareholders of any opportunity to properly consider Frontline’s offer (an offer DHT has already determined is “non-coercive”).

With respect to the other criticisms you raise in your letter and other responses, as you continue to refuse to engage in any meaningful good faith negotiations, we respond only briefly as follows:

• Earlier this year (at the time we made our initial offer to DHT), management of DHT first stated that the NAV of the DHT fleet was $5.70 per share. During your most recent earnings call you declared that you have now “established” your NAV to be $5.37 by virtue of your vessel acquisition from BW. The fact that your share price trades at a significant discount to your newly “established” NAV has two effects. First, it discredits your argument that NAV should be used as a starting point for a business combination. In fact, the starting point should be your share price. Second, and more importantly, it raises serious questions about why the market has consistently failed to ascribe any premium to DHT’s NAV but rather has discounted DHT’s share price relative to its NAV. We attribute that to the corporate governance, actions and record of DHT’s Board and its management.
• You state that we are at the mercy of a “dominant shareholder” whose liquidity needs may be in conflict with the interests of your shareholders. In reality, we believe the involvement of Hemen Holdings Ltd., Frontline’s largest shareholder, is one of the key reasons why the market has consistently ascribed a premium to Frontline’s NAV.
• Your suggestion that Frontline’s largest shareholder “siphons” returns from Frontline “via an externally owned management company” is false. Frontline Ltd. owns 100% of the shares in Frontline Management AS, its management company.
• The compensation paid to senior management of Frontline Management AS is a fraction of that paid to the senior management of DHT. At Frontline, compensation is strictly aligned with our ability to pay dividends and the appreciation of our shares.
•It is difficult to comprehend why DHT requires the services of co-CEOs, with a compensation package that significantly exceeds that of any comparable tanker company. We cannot think of a single shipping company that has two CEOs, and query whether DHT’s Board has properly considered the costs duplication, corporate governance complexities and inefficiencies of that arrangement. Those costs come directly out of the pockets of DHT’s shareholders.

Shareholders’ total return is based on share price appreciation and dividends received. DHT’s share price has languished at a massive discount to the liquidation value of its fleet for years. Every day the stock market votes on the competence of management and their ability to provide results for shareholders in the future. Every day the market has expressed a vote of “no confidence” in the DHT Board and its management. Our proposal to combine with DHT did not include the retention of either the DHT Board or senior management and, in our view, is one of the key reasons for the imposition of the multiple entrenchment measures you have put in place.

Every action the DHT Board has taken, from failing to negotiate with Frontline in good faith, hiring high priced advisors to entrench themselves and management and diluting shareholder value with the acquisition of more vessels, has been colored by self-interest.

‘the revised Frontline proposal continues to be wholly inadequate and not in the best interests of DHT or its shareholders.’ (Our underlining)

You also incorrectly state that we have claimed multiple times that our proposal is final and that you have taken us at our word on this point. In fact, as reflected in our most recent letter, we remain willing to discuss our offer and negotiate with you in good faith, provided that the DHT Board meets its fiduciary duties by agreeing to suspend the Shareholder Rights Plan and Investor Rights Agreement, which prevent Frontline (and any other bidder) from competing with BW Group’s efforts to seize control of DHT.

On behalf of Frontline and other DHT shareholders, we again request that the DHT Board commence good faith negotiations with Frontline on its offer, or redeem the poison pill and permit Frontline to take its offer directly to DHT’s shareholders.