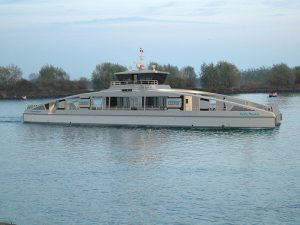 Designer CoCo Yachts B.V. of the Netherlands reports that a keel laying ceremony was recently held for two all-electric ferries on order at Holland Shipyards Group for Dutch ferry operator Riveer. The 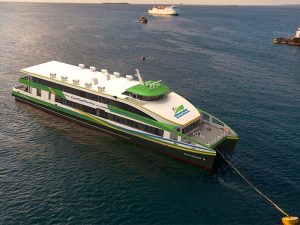 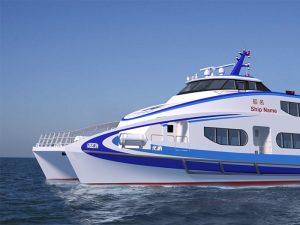 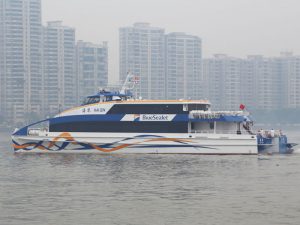 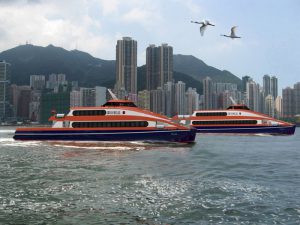 Peng Xing decided to continue with the Coastal Cruiser series is based on its experiences with a fleet of five of these ferries.
“The 27.5% lower fuel consumption, compared with their other vessels, and very low noise levels in the wheelhouse, crew

The Coastal Cruiser 199 will be delivered to Peng Xing Shipping Company in January 2017, with the Coastal Cruiser 300 following in April 2017. Both will be deployed to run services in the Pearl River delta between Shenzhen – Zhuhai – Hong Kong – Macau P.R. China.