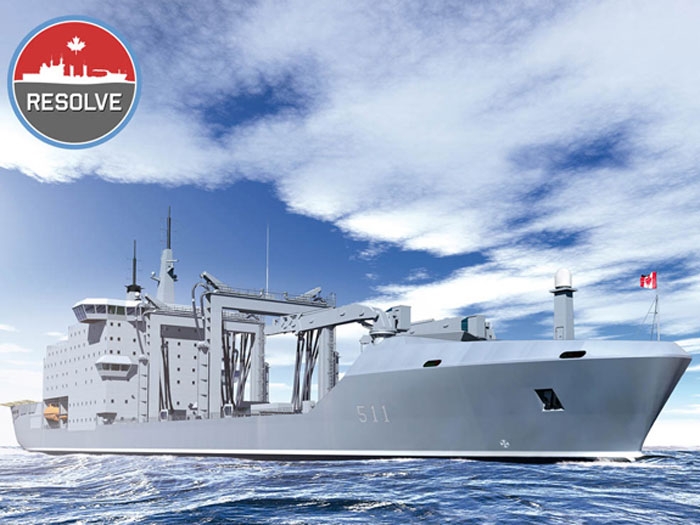 JANUARY  29, 2016 — Burnaby, BC, headquartered OSI Maritime Systems (OSI) has signed an agreement with shipbuilder Chantier Davie Canada Inc. to provide an Integrated  Navigation and Bridge System (INBS) for the interim fleet oiler currently being created  at its Lévis, Quebec, shipyard.

“We are extremely pleased to be working with Davie on this very innovative project that requires taking a commercial ship and converting it into a military vessel,” said OSI President and CEO Ken Kirkpatrick. “We all benefit, from East to West, when Canadian projects are built by Canadians.”

As part of the agreement, OSI will deliver and install an INBS on the Resolve-Class Auxiliary Oiler Replenishment ship. The project involves the conversion of the container vessel M.V. Asterix into an Auxiliary Oil Replenishment (AOR) ship designed to meet the Royal Canadian Navy’s (RCN) supply ship requirements.

“There is an imminent need for the ship,” said Mr. Kirkpatrick, “and as such we expect an aggressive build schedule – it’s an exciting project, and we’ll emulate the design we are providing for the Arctic Offshore Patrol Ship program, this will benefit the RCN by providing it with a technically advanced navigation system and an opportunity to encourage bridge design commonality across the fleet.”

“By selecting OSI for the Resolve-Class AOR, we are ensuring commonality across the RCN’s future fleet as well as helping to strengthen the entire Canadian marine industry,” said Alan Bowen, CEO of Davie Shipbuilding. “The bridge and propulsion systems onboard the Resolve-Class AOR will feature certain enhanced functions which will be unique to this class of ship.”