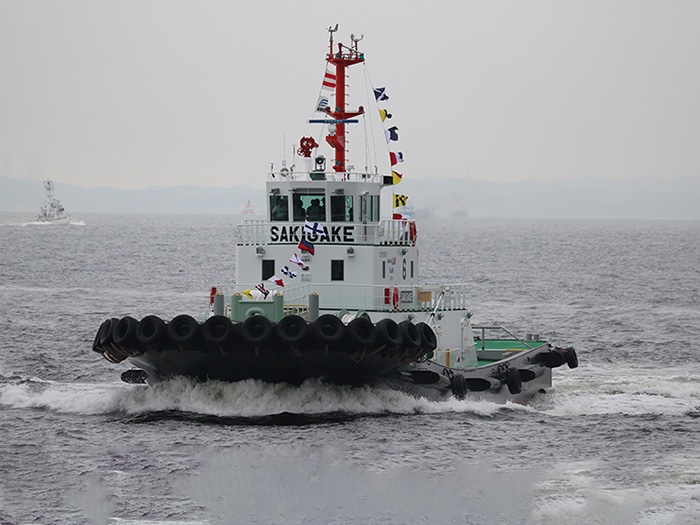 Japan's first LNG-fueled tug, the Sakigake, is to be converted to ammonia fueled operations

Japan’s NYK Line has concluded a contract with the Keihin Dock Co shipyard, an NYK Group company, to modify a tugboat to ammonia fuel specifications. The vessel chosen for the conversion is Japan’s first LNG-fueled tug, the Sakigake, a tugboat delivered in 2015 and operated in Tokyo Bay by NYK Group company Shin-Nippon Kaiyosha Corporation.

The initiative is part of a larger Japanese project to develop vessels equipped with a domestically produced ammonia-fueled engine initiated in October 2021 by NYK and IHI Power Systems Co., Ltd. (IPS) whose subsidiaries include engine manufacturer Niigata Power Systems.

The decision to go ahead with the Sagigake conversion follows last month’s granting of an AiP for an ammonia-fueled tugboat — the A-Tug — by ClassNK. In the development process, there were various design challenges to using ammonia as fuel, but the two companies say they overcame these without changing the size of the conventional tugboat.

NYK will begin the modification in fiscal 2023 with the aim of carrying out demonstration operations in the port of Yokohama in fiscal 2024.