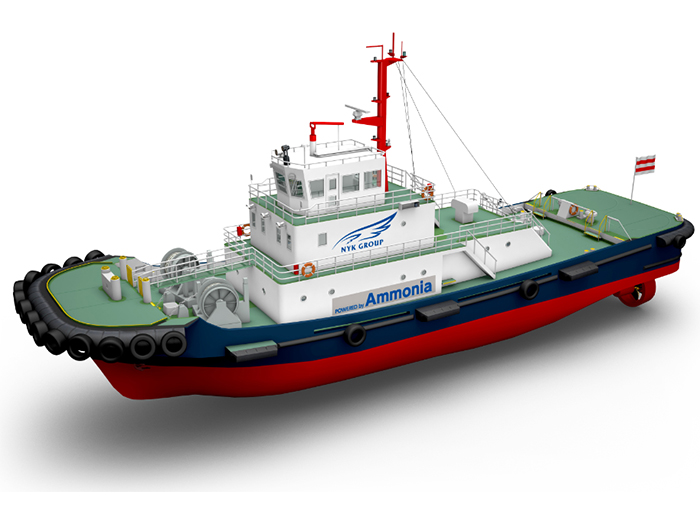 A Japanese project aimed at trialing an ammonia-fueled tugboat — the A-Tug — in the port of Yokohama by FY2024 has reached an important milestone. It has now gained an Approval in Principle (AiP) for the tug’s design from ClassNK.

NYK Line says that the main design issues when using ammonia as fuel are:

To gain the AiP, NYK Line and IPS have aimed to safely and practically install ammonia fuel-related equipment in a limited space on board by developing an ammonia fuel engine, selecting equipment, and devising the equipment layout in the design.

As a result, they say, the design of A-Tug overcomes the challenges involved without changing the size of a conventional tugboat.

ClassNK’s “Guidelines for Ships Using Alternative Fuels” set a standard necessary to minimize the risks related to ammonia-fueled ships for the ships, crews, and environment by stipulating requirements for installation, controls, and safety devices.

It has carried out a design review of the A-Tug in accordance with Part C-1 of its guidelines and the AiP verifies that it complies with the prescribed requirements. The AiP is first issued by the society for a tugboat using ammonia as fuel.