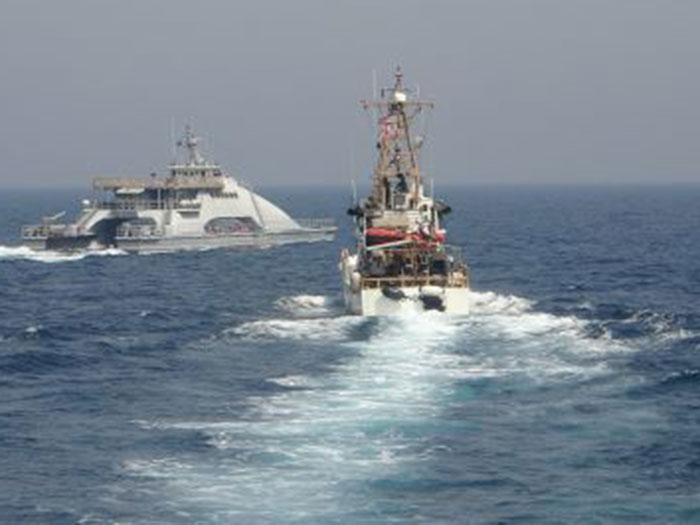 The Harth 55 repeatedly crossed the bows of the U.S. vessels at an unnecessarily close range, including crossings of both Wrangell and Monomoy‘s bows at a 70 yard closest point of approach (CPA).

The Harth 55 closed aggressively on Wrangell‘s bow, resulting in Wrangell maneuvering to avoid collision while sounding five short blasts from the ship’s horn.

After approximately three hours of the U.S. issuing warnings and conducting defensive maneuvers, the IRGCN vessels maneuvered away from the U.S. ships and opened the distance between them.

“The IRGCN’s actions were deemed unsafe and unprofessional,” says the Navy. “Their actions increased the risk of miscalculation and collision, were not in accordance with the internationally recognized Convention on the International Regulations for Preventing Collisions at Sea (COLREGS) ‘rules of the road’ or internationally recognized maritime customs, and were not in accordance with the obligation under international law to act with due regard for the safety of other vessels in the area.”

U.S. naval forces continue to remain vigilant and are trained to act in a professional manner, while commanding officers retain the inherent right to act in self-defense.