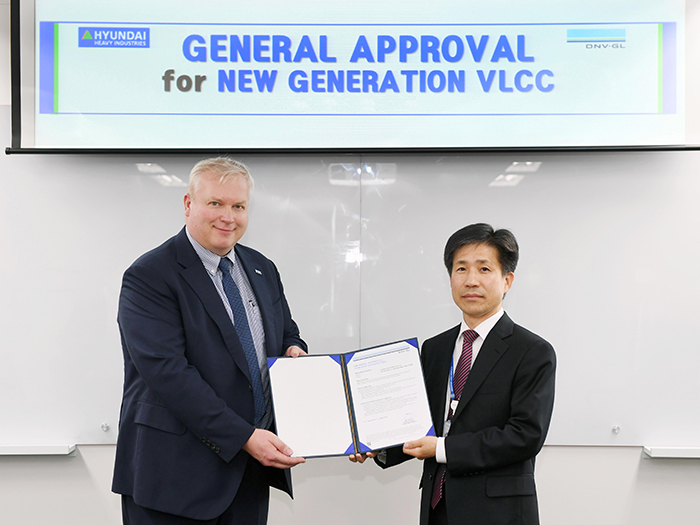 The new concept introduces a single centerline design with two rows of cargo tanks, resulting in seven pairs of tanks and one additional pair of slop tanks.

The main benefit is an improvement in the operator’s convenience in terms of cleaning, inspection and maintenance by simpler structural, loading and piping arrangements, as well as the reduction of piping systems and instruments due to a smaller number of cargo tanks.

Additionally, fuel consumption was improved by developing new design lines for the vessel

As part of the GASA process, DNV GL carried out a full structural verification and feasibility study in accordance with classification rules and harmonized common structural rules (CSR). The details were confirmed by a fine mesh analysis and a fatigue analysis. In addition, the sloshing and local vibration analyses for cargo tanks were reviewed in a comparative study to enhance the structural reliability of this new VLCC.