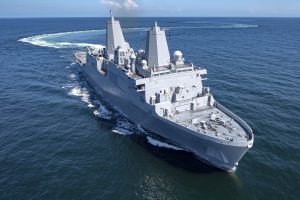 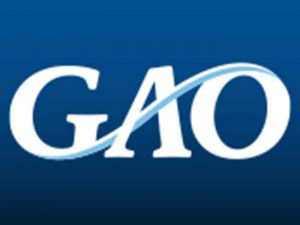 JULY 14, 2017 — A GAO report finds that the Navy continues to accept ships with a substantial number of defects and that not all of those defects are rectified by the 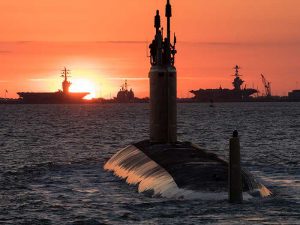 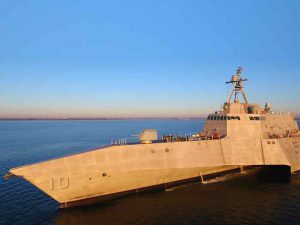 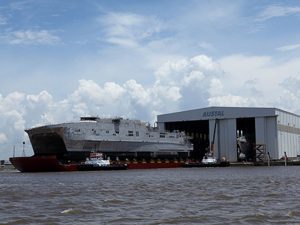 “Conducting Acceptance Trials is a major milestone for the shipyard and the program office,” said Capt. Henry Stevens, Strategic and Theater Sealift Program Manager, Program Executive Office, Ships. “We are very proud of our contractor and government team’s commitment to delivering affordable, quality ships and look forward to the delivery of EPF 6 later this year.”

The ship’s trials included dockside testing to clear the ship for sea and rigorous at-sea trials during which the Navy’s Board of Inspection and Survey (INSURV) evaluated and observed the performance of EPF 6’s major systems.

Completion of Brunswick’s Acceptance Trials signifies that the ship is ready for delivery to the fleet in the near future.

“We’re proud to have successfully completed acceptance trials for USNS Brunswick, and excited to see the continued improvement ship to ship on this mature program,” said Craig Perciavalle, Austal USA’s president. “Austal’s EPF team continues to do a tremendous job constructing incredible ships and preparing them to enter the fleet.”

The Brunswick is the sixth ship in Austal’s 10-ship $1.6 billion EPF block-buy contract awarded by the U.S. Navy in 2008. Three more under construction at Austal’s Mobile, AL, shipyard.

The EPF’s large, open mission deck and large habitability spaces provide the opportunity to conduct a wide range of missions.

“We’re excited about the feedback we’re receiving about how well these ships are doing on deployment and about the overall potential of the program,” said Mr. Perciavalle.

In addition to the EPF program, Austal is also building 10 Independence-variant Littoral Combat Ships (LCS) for the U.S. Navy under a $3.5 billion block-buy contract. Three LCS have been delivered while an additional six are in various stages of construction.When it was launched at Austal’s Mobile, AL, shipyard in May EPF 6 was JHSV 6. 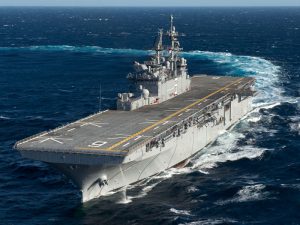